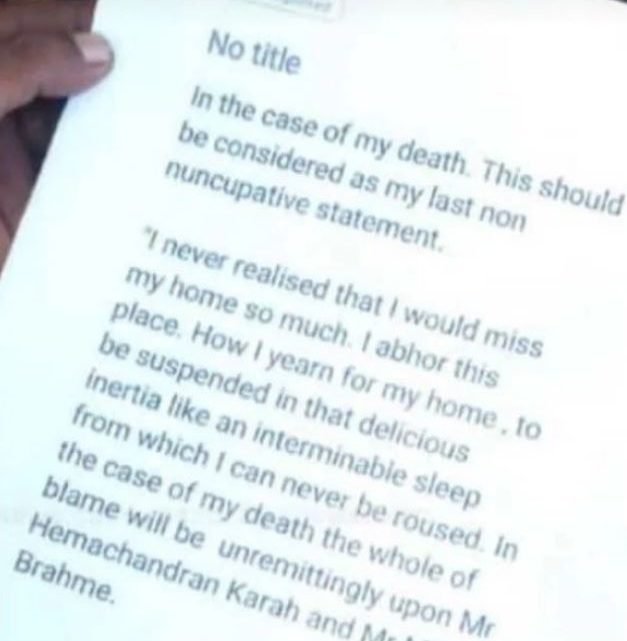 This was the text of a screenshot Abdul Latheef, Fathima’s father had shared with media.

19-year old Fathima from Kollam in Kerala was a first-year student of the five-year MA programme in Development Studies at IIT Madras. She was found hanging from the ceiling fan in her hostel room on the morning of 9 November.

When her sister Aysha had gone to the Kotturpuram Police Station, she found Fathima’s phone on the table. Upon charging the phone, she noticed there was no lock and the aforementioned text was her home screen. This screenshot was widely circulated on social media as the alleged suicide note.

Another purported note being shared is the one pinning blame on two other professors, Hemachandran Karah and Milind Brahme. However, when The Quint checked with Fathima’s father, he confirmed it was fake. 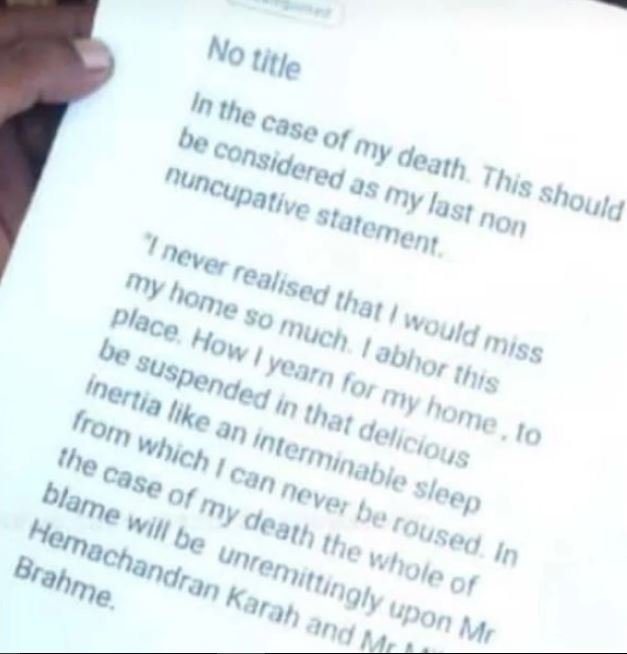 Fathima’s father confirmed that this image is fake.

The other two professors named in the purported second note are Dr Hemachandran Karah and Milind Brahme.

Dr Hemachandran Karah teaches English Literature at the Humanities and Social Sciences Department. He is known for his research on themes such as disability, health, literary criticism, and musicology.

Milind Brahme teaches the German Language, Comparative Literature and is the advisor of the Ambedkar Periyar Study Circle, a pro-Dalit group.

Fathima’s father reiterated that he was not aware how this certain note pinning blame on two other professors began doing the rounds.

Students close to one of the professors said they are trying to prove that the note is fake.

A police official confirmed that the phone has been sent for forensics and they will confirm the claims very soon. They refused to divulge more details as the investigation is underway.

Fathima’s father added that, “Fathima had written that she had held debates with these two professors at various points of times.. She has written this in a few other notes on the phone…”

Share If You Like The Article
CategoryNews
TagsIIT Madras
Don’t worry, everything will be fine: Amit Shah told Ramdas Athawale on Maharashtra political crisis