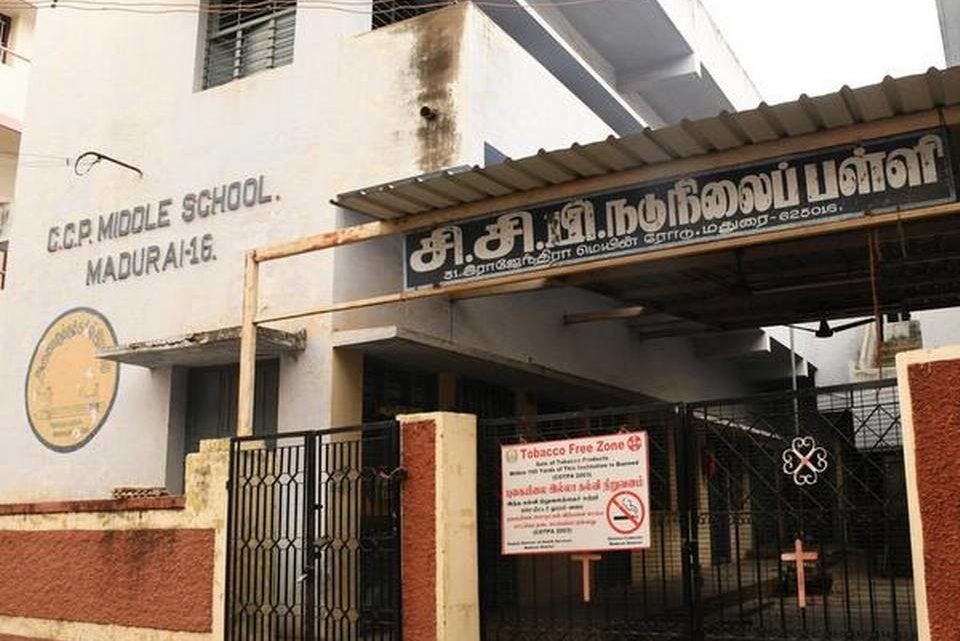 For non-payment of electricity bill for ₹4,463

TANGEDCO officials snapped power to a government-aided school in Narimedu for the last 20 days for non-payment of electricity bill for ₹4,463. This move had affected students, who were forced to study in school verandahs.

Established in 1935, C.C.P. Middle School has a total of 10 teachers. The school has been witnessing a dwindling student population and currently, 44 students are studying in the school up to class 8.

The power outage had resulted in poor ventilation and hence students were forced to study under in corridors and verandahs.

“The motors were not functioning due to power outage. As a result, there was no water available at the school toilets. We used to get water from neighbouring households,” said a teacher.

The non-availability of water at the toilets had affected the students the most, said the teacher.

When contacted, school correspondent R. Samuel said that the officials had paid the pending electricity bill on Tuesday. “Officials have guaranteed that the electricity would soon resume,” said Mr. Samuel.

Houses must have RWH structure within two months: official