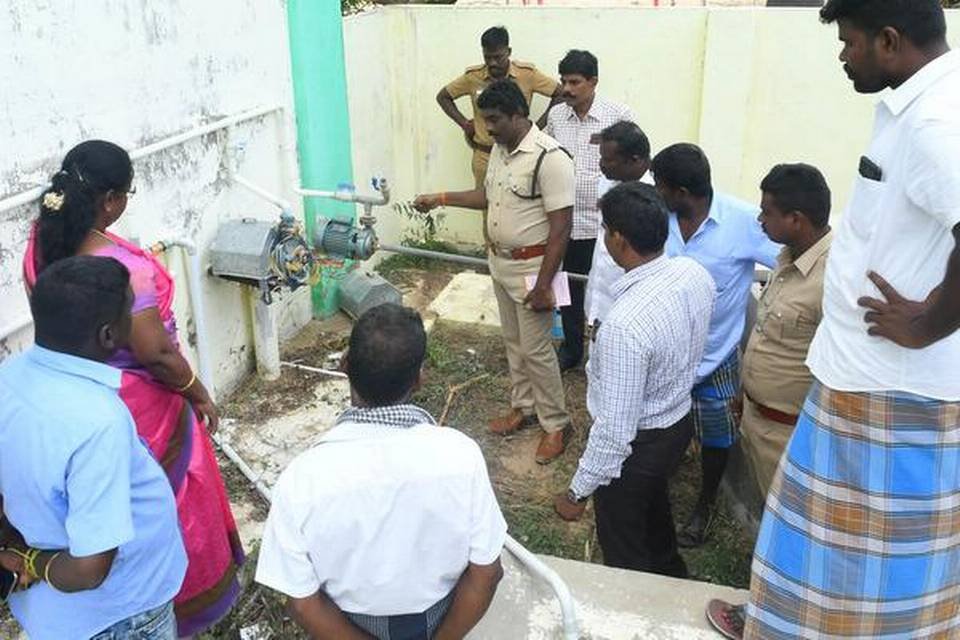 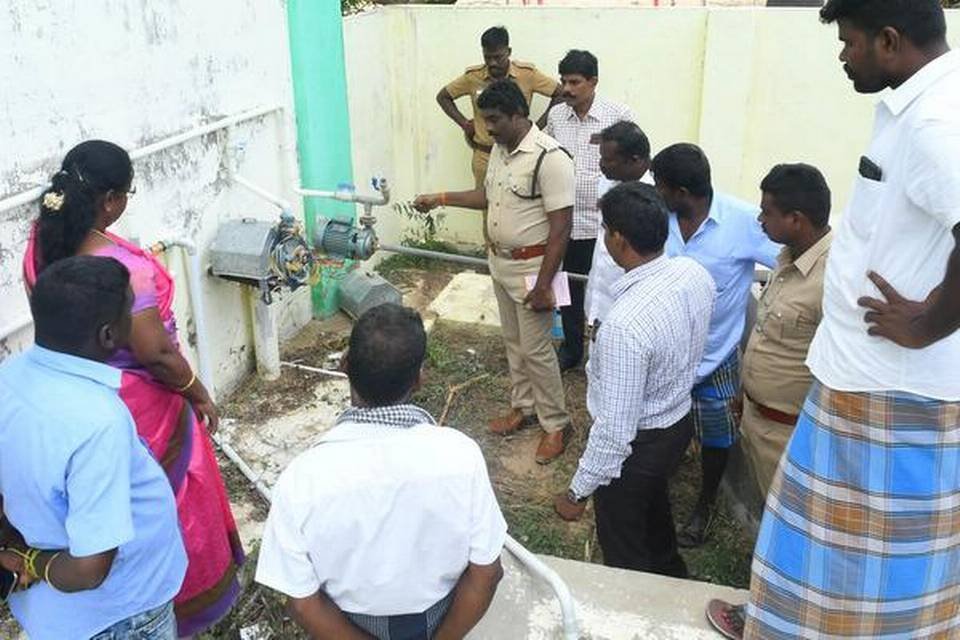 Police and revenue officials inspecting the Government High School near Uchipuli in Ramanathapuram district on Wednesday.

A Class VIII student of Government High School at Kalginatruvalasai near Uchipuli was electrocuted when he operated an electric motor in the school on Wednesday.

Police said R. Kartheeswaran, 13, son of Ramesh, a construction worker, hailed from the Tsunami settlement was at the school when Science teacher Tamizharasan asked a couple of boys to switch on the electric motor, installed on the school campus for pumping water to the overhead tank when he suffered an electric shock.

Police said while one boy switched on the motor, the other boy went up to check the overhead tank. After the boy at the overhead tank said there was no water, the victim touched the motor and tried to check whether water was being pumped when he suffered the electric shock.

After he fell down unconscious, teachers rushed him to the nearby government hospital where doctors declared him brought dead. Tension broke out when local residents gathered at the school and staged a protest. Tension also broke out at the Government Hospital here when the family members refused to accept the body after post mortem and staged a protest.

Enquiries revealed that the school had no pump operator for about nine years and Tamizharasan was operating the motor with the help of students. The police said an FIR would be registered based on a complaint while revenue officials assured the family members that they would arrange to secure compensation to the victim’s family.