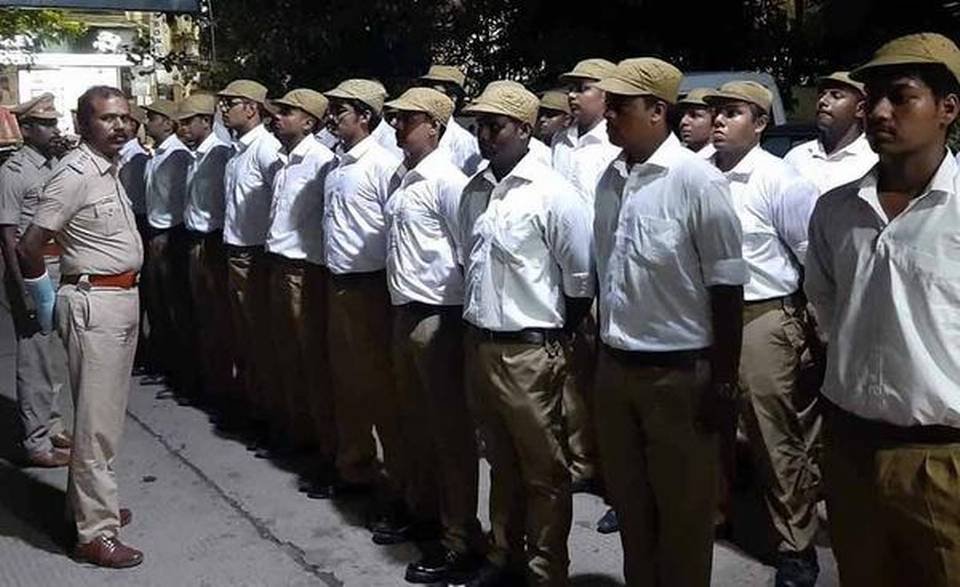 Initiative to promote good relations between students and the police

In a first, the city police have roped in college students to assist them in night patrolling at select locations.

As part of the initiative, a section of students joined police personnel in Nungambakkam and began night patrolling from last Friday.

In an effort to bring down crime, the city police have intensified patrols during night by deploying personnel at various vantage points and by conducting regular vehicle checks at junctions. City Police Commissioner A.K. Viswanathan issued orders permitting college students to be part of patrolling teams during night rounds.

Asssistant Commissioner of Police V. Muthuvel Pandian said, “The new initiative is to maintain a good relationship between college students and the police. They came forward to help us in our efforts in crime prevention. They will supplement our personnel for night patrols in Choolaimedu, Nungambakkam and Thousand Lights. Each constable will be given two students and the students will accompany the personnel.”

Mr. Viswanathan has also issued a circular to all college principals to engage their students in the comm

unity policing initiative. Following this, around 30 students of Loyola College came forward and enlisted for the service.

Joint Commissioner of Police, East, R. Sudhakar, said, “The programme has been launched on a trial basis. We may extend it to other colleges.”

Students who have been enlisted were given white shirts, khaki trousers and caps.

It may be recalled that the city police had taken initiatives to prevent college students from indulging in violence under the pretext of Bus Day celebrations, after a few students of Pachaiyappa’s College indulged in violence in Arumbakkam recently.