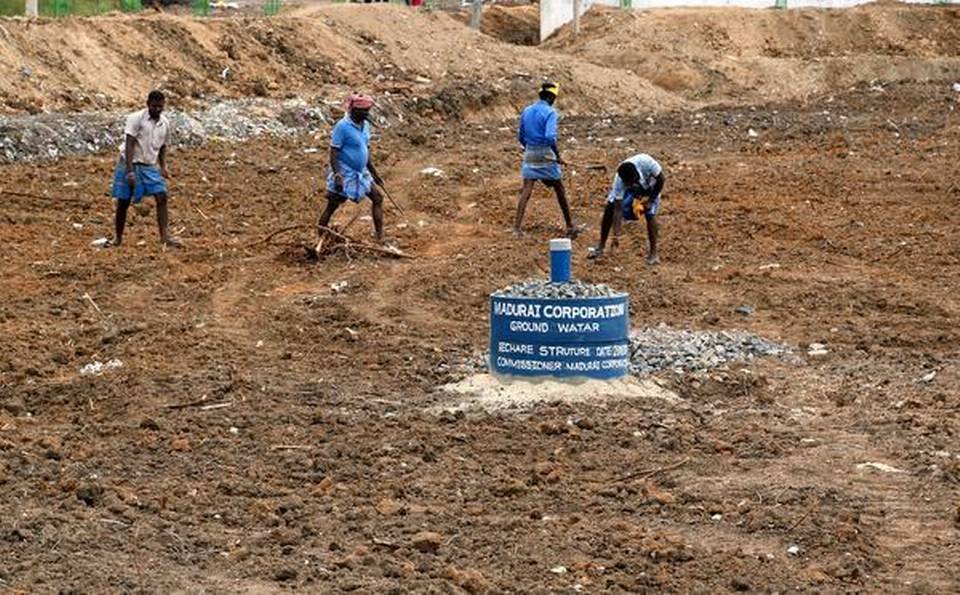 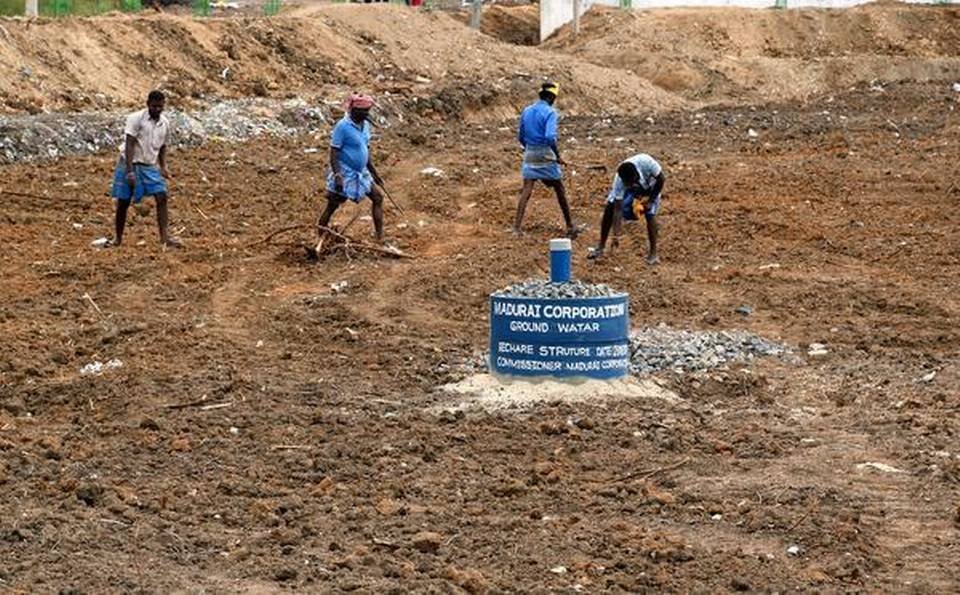 ‘It has been spruced up after 25 years’

“A month back, this place was covered with a cesspool of juliflora plants and was used as a yard to dump the garbage. But right now the oorani (pond) has been restored and has provided hope to the residents,” says M. Selvi a resident of Periyar Nagar in Kosakulam.

The Kosakulam pond, located at ward 3 of the Corporation, is a sight to behold. “After 25 years, the pond has been spruced up. This project will increase the groundwater level and help in the harvesting of rainwater,” says Kumara Kuruparan, general secretary of Kalainagar Extension Residents’ Welfare Association.

Madurai Corporation has started revamping the 34 ooranis under its purview as part of the Jal Shakti Abhiyan, a central government scheme to conserve rainwater.

“The ponds will be renovated in a phased manner. We have chosen Kosakulam pond as a model pond and by spending ₹ 3.5 lakh from the Corporation’s general fund, we have initiated the project,” says Corporation Commissioner S. Visakan.

The renovation of the pond, sprawling across three acres, was carried for nearly a month. The officials cleared the juliflora plants and trees, desilted the pond to increase the storage capacity and have strengthened the pond bund. “Through the process, the height of the pond has been increased by five centimeters,” said a Corporation official.

The Corporation has also constructed five structures with a depth of 20 metres to harvest rainwater.

Water from the 8th sluice gate of Periyar water canal enters the pond through two irrigation channels, which have now disappeared. “We request the Corporation to restore the irrigation channels using concrete beds and lining,” says Mr. Kumara Kuruparan.

The residents said that the pond was desilted on an uneven level. “We request the Corporation to rectify this,” says Paul Perinbanathan, a resident.

The Commissioner said that the local body is running short of funds to build concrete channels. We are dependent on corporate social responsibility funds to renovate the ponds, he said.