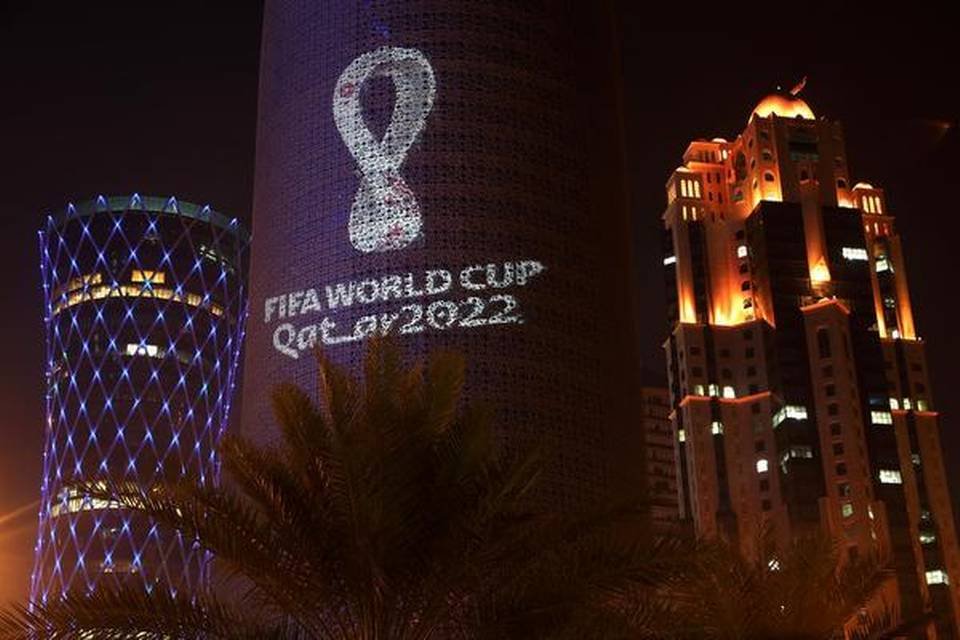 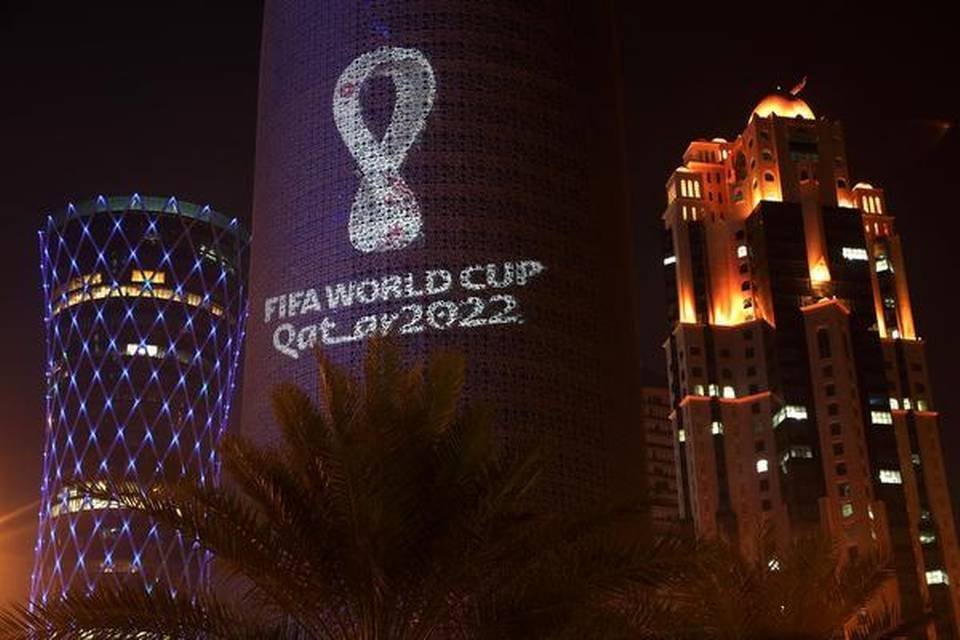 The Qatari organisers said the logo “was inspired by traditional woollen shawls worn during the winter months”.

Qatar unveiled the logo for the 2022 World Cup which will be hosted by the Gulf emirate, displaying it in public spaces in Doha and cities around the world on Tuesday.

The design is a stylised Arabic white unisex shawl with maroon patterning, which is displayed in a figure-of-eight symbolising infinity while creating a heart shape above the words “FIFA WORLD CUP Qatar 2022”.

It was projected onto the vast facade of the country’s National Archives in the capital’s southern Msheireb district to fanfare that included a procession of soldiers on horseback watched by a crowd of hundreds.

The building was illuminated with the emblem at exactly 20:22 local time the same as the year of the tournament.

“The logo is very elegant and showing local culture with the (burgundy) colour of the Qatari flag,” Algerian hospitality worker Mourad Bencheikh, 36, told AFP as visitors crowded to photograph the new branding.

The emblem was also displayed in Madrid, Buenos Aires and Beirut along with several other major cities.

“This one is unique for Qatar,” said Sri Lankan quantity surveyor Mohammed Fairoos, 30, as he and a group of friends took a selfie in front of the National Archives projection. “It’s wonderful.”

The Qatari organisers said the logo “was inspired by traditional woollen shawls worn during the winter months”.

The 2022 event will be held in November and December to avoid the scorching Gulf summer.

“Like football, the shawls’ popularity is a unifying force, woven into the everyday fabric of people’s lives,” added the Supreme Committee in a statement.

Preparations for the global soccer spectacle in Qatar have accelerated in recent months.

In May, the 40,000 seat al-Janoub stadium — the first purpose-built ground to be launched for the tournament — was inaugurated with an almost capacity domestic cup final.

The arena, designed by late British-Iraqi architect Zaha Hadid and located in a coastal town south of Doha, is estimated to have cost around $575 million.

Of the eight stadiums Qatar is building or refurbishing for 2022, Khalifa International was already open and will host this year’s World Athletics Championships.

The Championships will be a major test of Qatar’s readiness to host a global sporting event. Tens of thousands of spectators are expected to descend on the desert nation ahead of the tournament which begins on September 27.

A major road overhaul is also underway across Doha to expand capacity at key junctions and traffic hotspots.

Parts of an ambitious metro rail project opened to the public in May. The rest of the three-line network expected to be launched in 2020 — well ahead of the tournament.

The network will connect nearly all of Qatar’s stadiums, transport hubs and tourist attractions, when it is completed.

FIFA faced a number of negative headlines in recent months including a decision in May to shelve plans for 48 nations to participate in the 2022 contest.

FIFA boss Gianni Infantino had pushed to extend the tournament.

In June, former European football president Michel Platini was questioned by French anti-corruption investigators for several hours in relation to the 2010 award of hosting rights to Qatar.

Coimbatore Police to use body-worn cameras during vehicle checks