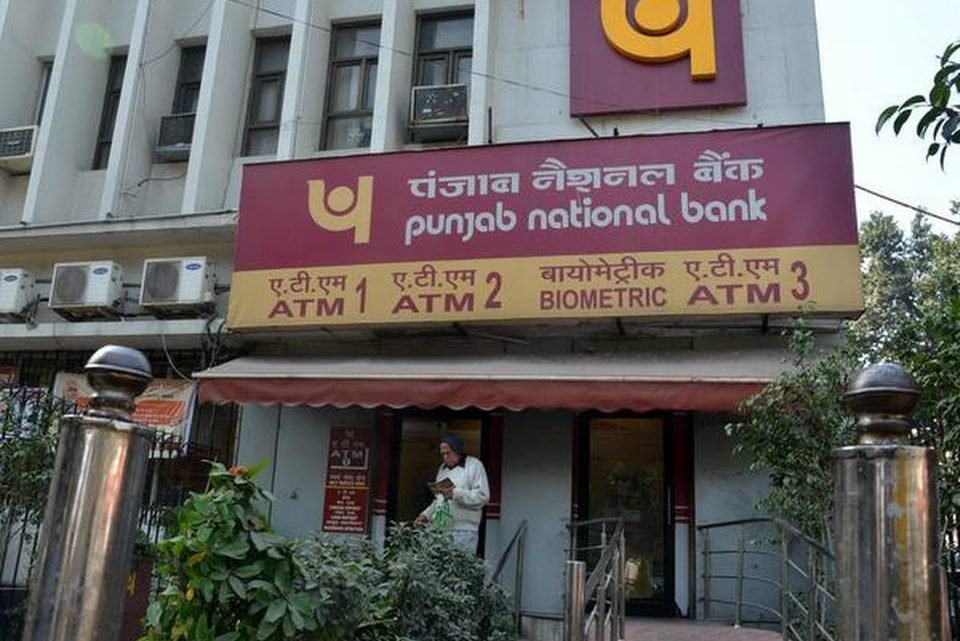 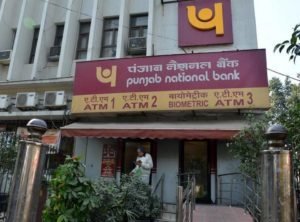 Indian Bank, with the lowest NPAs among PSB merger candidates, is the worst hit

Stocks of public sector lenders (anchor banks), with which some of their counterparts will be merged, lost anywhere between 8.5% and 12% on the BSE on Tuesday.

Today is the first trading day after the government announced the merger of ten public sector banks (PSBs) into four, after market hours on Friday. Indian Bank — which has the lowest non-performing assets (NPAs) among the banks chosen for merger — was worst-hit with shares declining almost 12%. 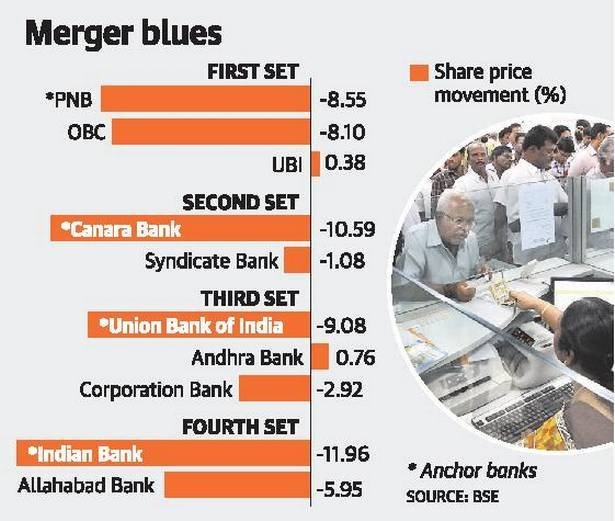 Shares of Punjab National Bank — which is the anchor bank for the merger of PNB, Oriental Bank of Commerce and United Bank of India — tanked 8.5%. Union Bank and Canara Bank — the other two anchor banks — dropped 9.1% and 10.6% respectively.

“Given the limited flexibility on restructuring and rationalisation, meaningful cost synergies from PSU bank mergers are unlikely,” Credit Suisse said in a report. “While the large recap improves the capacity for banks to grow loans, recent experience of SBI and BOB indicates that focus on integration impacts near-term growth,” the report said.

Outlining the merger contours, Finance Minister Nirmala Sitharaman had also announced a capital infusion of ₹55,250 crore in PSBs out of the ₹70,000 crore budgeted for the current fiscal. “Under our swap ratio assumptions (market price), we believe the negative impact would be the highest for Union Bank and Indian Bank,” Kotak Securities said. Among the 10 PSBs, only shares of United Bank and Andhra Bank gained on Tuesday.