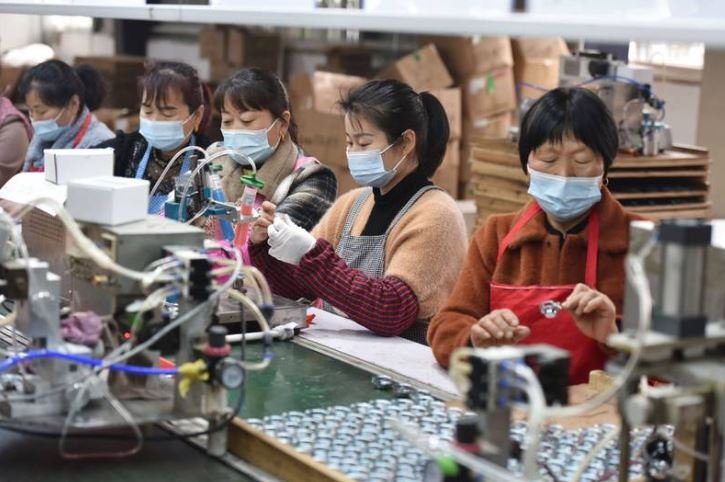 China’s economy is paying the price for the government’s Covid Zero policy with industrial output and consumer spending sliding to the worst levels since the pandemic began and analysts warning of no quick recovery.

Industrial output unexpectedly fell 2.9 per cent in April from a year ago, while retail sales contracted 11.1 per cent in the period, weaker than a projected 6.6 per cent drop. The unemployment rate climbed to 6.1 per cent and the youth jobless rate hit a record.

China’s economy has taken an enormous hit from the government’s stringent efforts to keep the virus at bay, with major cities like Shanghai locked down for several weeks and restrictions in many other places cutting into spending, shutting factories and blocking supply chains.

The government is insisting on sticking with its Covid Zero strategy to curb infections, even though the high transmissibility of the omicron variant puts cities at greater risk of repeatedly locking down and reopening. Shanghai is slowly starting to reopen, but it’s likely to take a long time for businesses to return to normal operation.

Zhang Zhiwei, chief economist at Pinpoint Asset Management, said it’s possible the economy could contract in the second quarter, putting the government’s ambitious full-year growth target of around 5.5 per cent further out of reach.

While the “government faces mounting pressure to launch new stimulus to stabilize the economy” the effectiveness of any new policies depends on how Beijing adjusts its zero-tolerance policy against the omicron crisis, he said.

China’s benchmark CSI 300 stock was down 0.7 per cent as of 11.19am local time. The onshore yuan was little changed at 6.7895 per dollar, while the yield on 10-year government bonds rose 1 basis point at 2.83 per cent. Healthcare and consumer staples stocks were the worst performers in the CSI 300 Index, while energy-related shares were the best performers.

“China’s April activity data laid bare the damage from Covid lockdowns in Shanghai and other parts of the country. The impact was much wider and deeper than expected,” according to Chang Shu and Eric Zhu of Bloomberg Economics.

Jetliner aborts landing in Mexico to avoid another plane