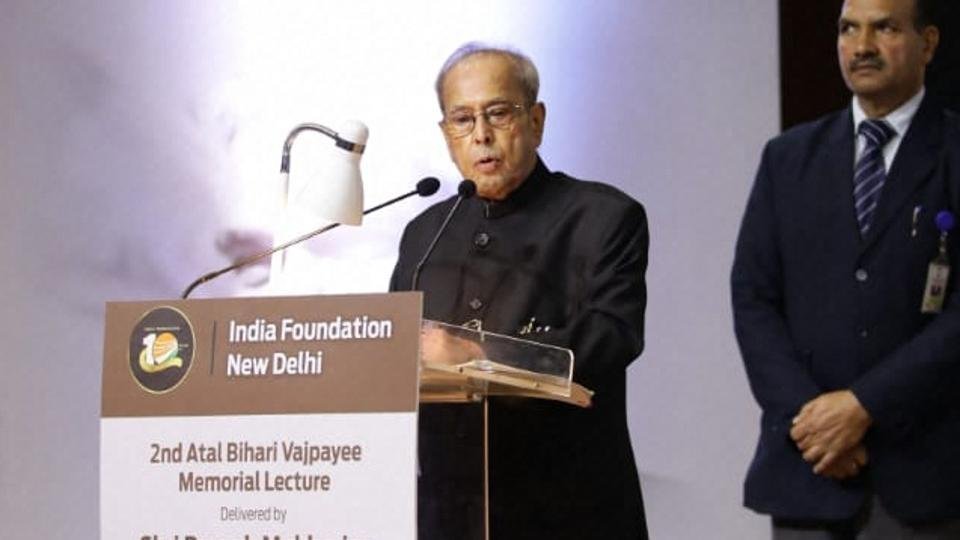 The former president argued that the last enhancement of the size of the Lok Sabha took place in 1977, almost half a century ago. That too, on the basis of 1971 census. 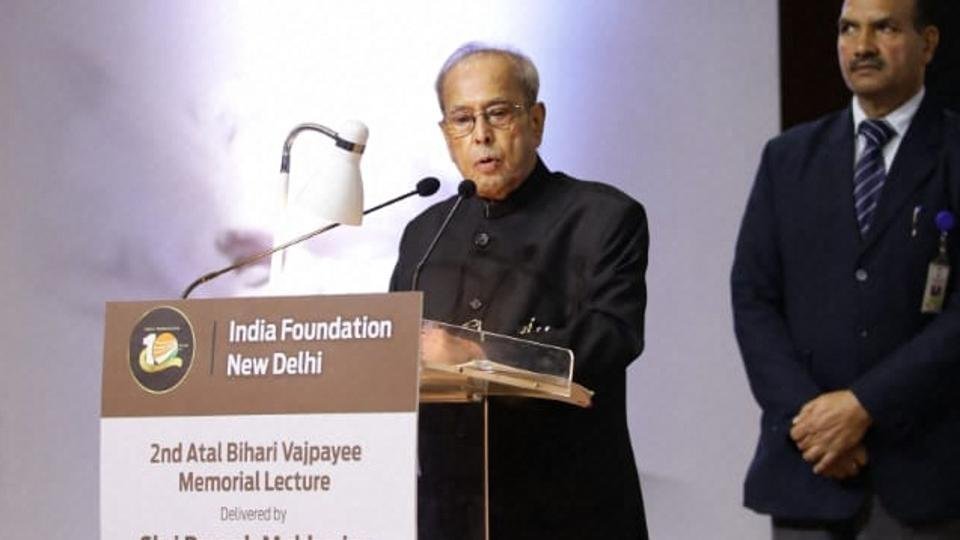 Former President Pranab Mukherjee has called for almost doubling the strength of Parliament’s lower House or Lok Sabha to 1,000 lawmakers from the current 545 keeping in view the increase in population since 1977 when an embargo on increasing the number of seats in legislative bodies was imposed.

In his Atal Bihari Vajpayee Memorial Lecture in New Delhi on Monday, Mukherjee argued that the last increase in the Lok Sabha’s strength took place almost half-a-century ago and that, too, on the basis of 1971 census.

“Entire population of the country was 55 crore [or 550 million as per the 1971 census]. Thereafter, there has been an embargo on increasing the number of seats in Parliament and state assemblies till the year 2026. This has resulted in the fact that the number of voters per Lok Sabha Constituency as per the 2011 census has risen to more than 16 lakh [1.6 million],” he said.

Mukherjee pointed out that in the last general election of 2019, about 900 million voters were enrolled. “With an average of 16-18 lakh [1.6-1.8 million] people being represented by one member of the Parliament, how can we expect the representatives to be in touch with the electors?” he asked.

Mukherjee said that there is a strong case for removing the freeze imposed on increasing the strength of the legislative bodies till 2026.

“Whenever there is a question of removing this freeze, there are various theories put forward to oppose it. A number of people raise the question of logistical difficulties of space constraints for seating the enhanced number of MPs. To my mind, these are but excuses,” he said.

He said that the number of Lok Sabha seats should ideally increase to about 1,000 with a corresponding rise in the number of lawmakers in Rajya Sabha and the state legislatures.

He suggested that the Central Hall of Parliament should be turned into Lok Sabha and the current chamber of the Lower House can be used as the Rajya Sabha when the number of seats in both Houses is increased.

The suggestion from Mukherjee, who has served as a Member of Parliament for about four decades, comes amid the government’s plans to construct a new Parliament building.

“Why can’t the Central Hall can be converted into the new Lok Sabha and the present Lok Sabha house the enhanced Rajya Sabha. We need to think innovatively, and not just resort to excuses without any basis.”

“I seriously wonder how a new Parliament building is going to help or improve the working of the Parliamentary system in India,” Mukherjee said.