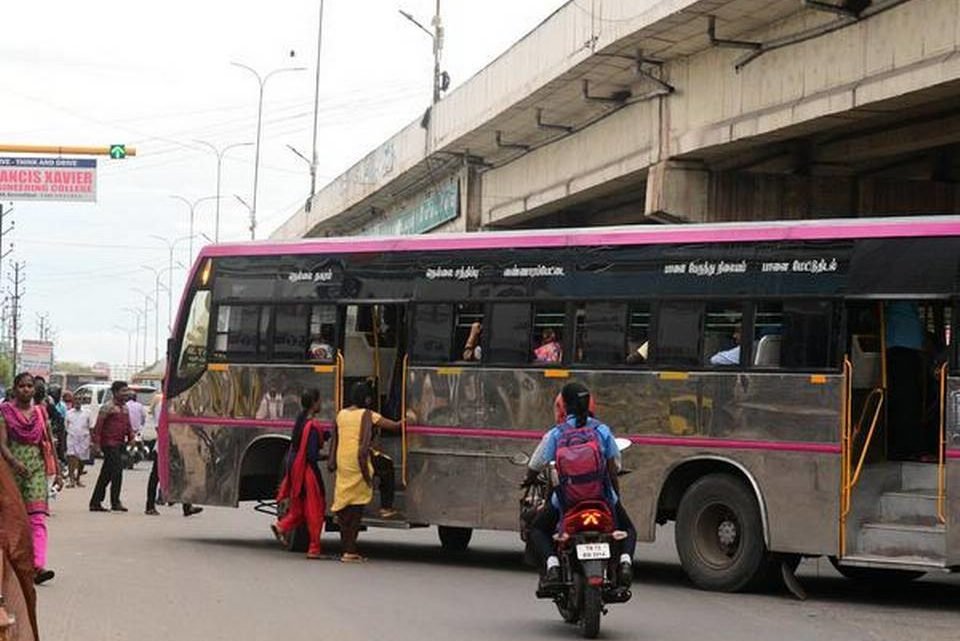 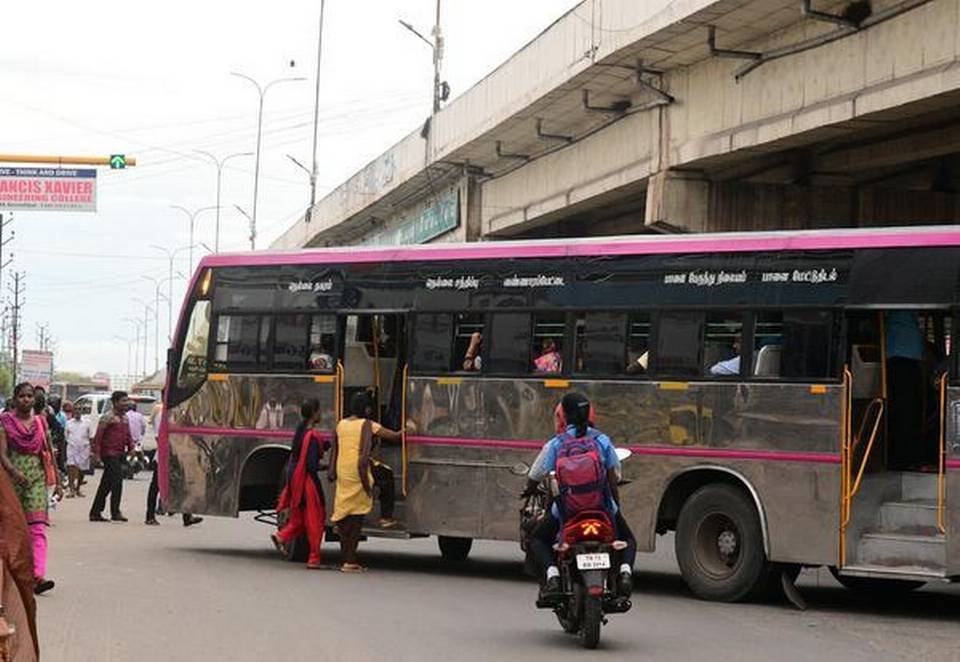 A private bus obstructing the free movement of other vehicles at Vannarpet in Tirunelveli on Tuesday.

Drivers manoeuvre vehicles at high speed, halt them in the middle of roads

While the drivers of almost all private and the TNSTC buses flout the road safety rules in Tirunelveli and Palayamkottai at will even as the police are witnessing it, the buses belonging to one particular company make the roads unsafe.

The private bus drivers manoeuvre the buses at high speed, park them right on the busy roads to drop or take passengers, and stop them at unscheduled stops suddenly ignoring the following vehicles’ safety etc.

If someone asks them to follow the rules, they would just threaten them and abuse him. When two buses belonging to a private company were going to Tirunelveli Town from the Tirunelveli Junction on September 23 afternoon, the drivers tried to overtake each other along the narrow S.N. High Road forcing other road-users to run for safety. Even though the passengers of the two buses shouted at the drivers, they just ignored it and continued the ‘race’ in which the window glass of one of the buses got smashed.

Agitated over this, the passengers picked-up a heated argument with the drivers, who parked the vehicles side-by-side to trigger traffic snarl on reaching Tirunelveli Town. While most of the angered passengers left the spot, a woman passenger filed a formal complaint with the Tirunelveli police seeking action against both the drivers. Having left with no other option, the police who would not take any action against the erring bus drivers of this company, picked them up for interrogation.

“This apathy by the police emboldens the private bus drivers to show mean respect for road safety rules. If the police take immediate and stern action without fear and favour, it will ensure everyone’s safety,” says social activist Mahesh, founder of Annai Theresa Trust.

Though the drivers were booked on Monday evening for rash driving, it did not have any impact on other drivers, who continued their violations on Tuesday also.

Though the buses coming to the busy Vannarpet flyover should park the vehicles beneath the north-south overpass to take or drop passengers, one of the buses of the private company that gave a nightmarish experience to its passengers parked the vehicle on the middle of the road obstructing the movement of vehicles coming from the north along the service road beneath the flyover.

The most agonising thing to note was that the traffic police personnel deployed at this point not even warned the driver for hampering the smooth flow of traffic.

“I’m planning to approach the Court for permanent relief that should ensure every road user’s safety,” said Mr. Mahesh.