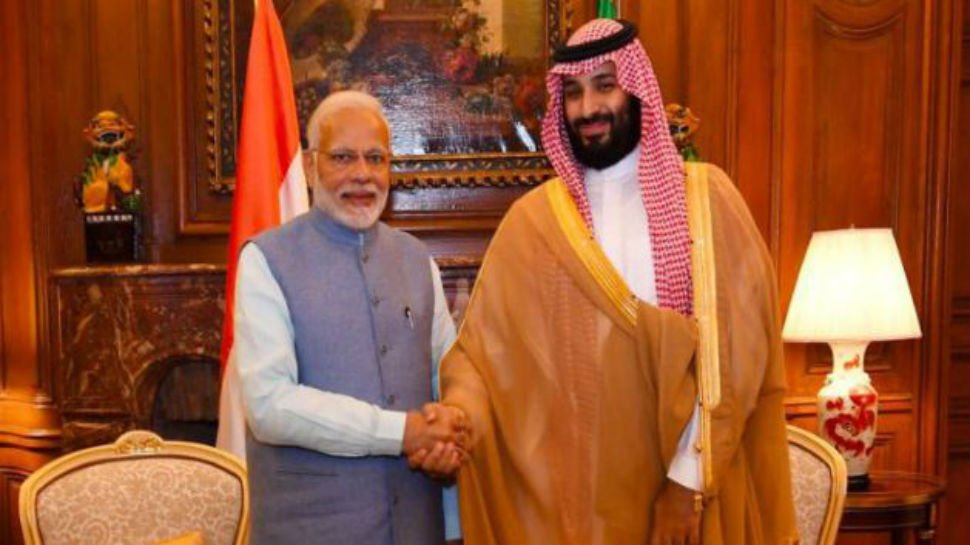 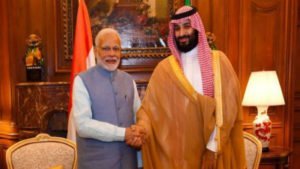 New Delhi: Pakistan’s support to terror and its involvement in Pulwama attack last week will be one of the focus as  Saudi Arabia’s crown prince Mohammad bin Salman visits India. He will be on a two-day India visit starting February 19th and 20th, after his visit to Pakistan.

During his visit, bin Salman will be calling on President Ram Nath Kovind and will have bilateral talks with Prime Minister Narendra Modi. This is the second meet between Prime Minister Modi and the Saudi prince in a span of 3 months. They met on November 29th in Argentina on the sidelines of the G20 Summit.  “The issues which could come up for discussion are trade and investment, and defence. Security, including counter-terrorism, is another. Renewable energy which is something that is coming up as an important area of cooperation”, Ministry of external affairs spokesperson Raveesh Kumar said in his weekly briefing last week.

Prime Minister Modi had visited Riyadh in April of 2016. During the visit, King Salman had honoured him with the “Sash of King Abdulaziz”, the highest civilian decoration awarded by the West Asian country.

Saudi Arabia is the fourth largest trading partner of India after China, US and Japan. India imports 17% of its crude oil requirement from Saudi Arabia. The bilateral trade between India and Saudi Arabia stood at $27.48 billion in FY 2017-18, a year on year increase of 9.56%.

Raveesh Kumar said, “The objective is to consolidate the strategic partnership which we have with the country.”

The crown prince is the second-most important person, after the King, and the designated successor, in one of the largest oil-producing nations of the world.

In April 2018, Saudi Aramco, the largest company in the world by revenue, signed an MoU with an Indian consortium (IOC, HPCL and BPCL) to acquire 50% stake in India’s largest refinery project – Ratnagiri Refinery and Petrochemicals Limited – at $ 44 billion.

A 2.7 million strong Indian community is in Saudi Arabia. Haj pilgrimage is an important component of bilateral relations. In 2018, Riyadh increased the Indian Hajj Quota by 5,000 – enabling 1,75,025 Indians to perform Hajj last year.