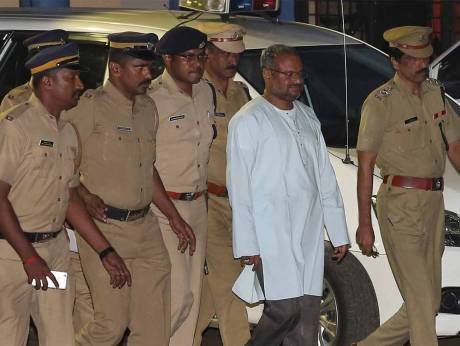 kOCHI: Kerala Police has arrested Bishop Franco Mulakkal of the Roman Catholic Diocese accused of sexually abusing a nun between 2014 and 2016. 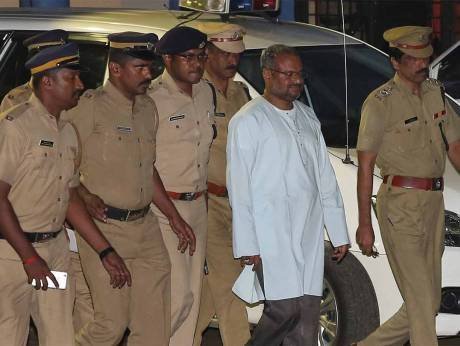 This is first time in the country that a bishop has been arrested for rape,

The arrest was registered at 8.30pm India time after day-long speculations and dramatic developments.

“He is charged with rape,” said Kochi’s inspector general of police, Vijay Sakhare.

Addressing reporters here on Friday night, after Mulakkal was taken out from the Crime Branch office where he was questioned, Kottayam Superintendent of Police Hari Sankar said all paper work for the arrest has been completed.

“He has been charged for illegal confinement, rape, unnatural sex and criminal intimidation. The arrest was made on the grounds of reasonable suspicion, which is enough for effecting an arrest. He was also given reasonable time to defend himself.

“The arrest has come after analysing all the evidences collected in the past two months of probe. The conspiracy angle that came out was also looked into,” said Hari Sankar.

“The arrest came after multi-level discussions and we will be looking into more evidences. Also, the investigation officer will look into if there were more people involved,” he added.

Dozens of nuns, activists and advocates have protested outside Kerala High Court demanding his prosecution.

Earlier, Franco Mulakkal was grilled by Kerala police for the third day Friday over allegations of rape and unnatural sex levelled against him.

The bishop has given interviews denying wrongdoing. He wrote to the Vatican on Sunday asking to step down temporarily as protests and calls for his arrest grew.

Mulakkal was divested of his pastoral responsibilities as the bishop of the Jalandhar diocese of the Missionaries of Jesus by the Vatican Thursday.