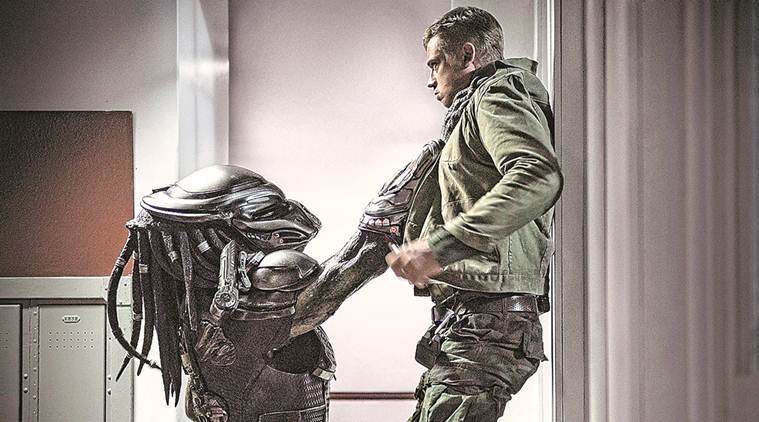 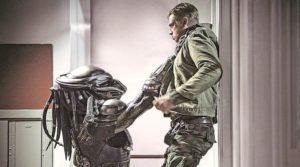 “It’s not a predator, predators kill for survival. This is a sportshunter. Yeah, but we took a vote, predator is cooler.” And with this exchange between evolutionary biologist Dr Casey Bracket (Olivia Munn) and government agent Will Traeger (Sterling K Brown) that happens when the said ‘predator’ is captured, it’s established that the jokes and the premise of the film are stretched beyond their designated shelf life. With The Predator, we are revisiting the famous movie franchise after almost a decade. The original Predator came out in 1987, had Arnold Schwarzenegger in the lead and acquired a cult status over the subsequent years in the world of action films. In The Predator, we have an alien life force that visits other planets, hunts down the best of their species and absorbs their DNA, and genetically upgrades itself.

Olivia Munn has praised the victim of actor Steven Wilder Striegel for speaking out about her past situation.

The result is a 10-feet tall, heavily muscled species, with four tentacles sprouting from their mouths, and green blood running in their veins. The film begins with a futuristic spacecraft rushing towards earth, upending the natural order of things by unleashing their own species on Nebraskan suburbs. Oh, and there is a bigger, badder alien in pursuit of this smaller variety. The arrival is noticed by Quinn McKenna (Boyd Holbrook), an army ranger, who is chosen to be the patsy for the said extraterrestrial fiasco. In a predictable turn of events, a motley band of mercenaries (all former veterans) band together with McKenna to save the day.

In the middle of all this lies Rory, McKenna’s preadolescent kid, who has an innate ability to understand extraterrestrial code and languages, courtesy some of the enchilada sent to him from the mothership, by his own father. Go figure. McKenna and his band have to fight the government, tackle the Predator and keep the jokes coming and the adrenaline running with their death-defying stunts. It’s a tall order, and director Shane Black, who has earlier given us the quirky Kiss Kiss Bang and Marvel’s Iron Man 3, fails miserably. Black employed all the usual tropes of a sci-fi film — a child protege, a brawny action hero, a pretty woman scientist, and a threat that will destroy all humanity — but it just doesn’t work. There is too much happening all the time — references to post-traumatic stress disorder, autism, government corruption and black ops — it’s just too much stimuli and nothing sticks. It’s like being stuck in a bad video game, with no respite in sight, and where the players have to keep making a plan as they go along. Speaking of players, Munn, who plays an evolutionary biologist, has no problem being plucked out of her idyllic university campus. She transforms from a wide-eyed doe to a gun-wielding killer with surprising ease.

A special word for the cast. Anyone who has been someone on television gets their 15 minutes of fame on the big screen: Boyd Holbrook (Narcos), Sterling K Brown, (This Is Us), Olivia Munn (The Newsroom), Alfie Allen (Game Of Thrones), and Keegan-Michael Key (Friends from College). The list is endless. Maybe that’s how Black cast the film, taking names from last year’s hit TV shows. The film has had its share of controversy when Munn spoke about how a registered sex offender was cast in the film. The scenes were deleted later.

Watch only if you like loud bangs and things blowing up without context. Fair warning, there is a sequel in the works.

Share If You Like The Article
CategoryEntertainment
Comedy requires more creativity than a thriller or a regular role: Shreyas Talpade