Comedy requires more creativity than a thriller or a regular role: Shreyas Talpade 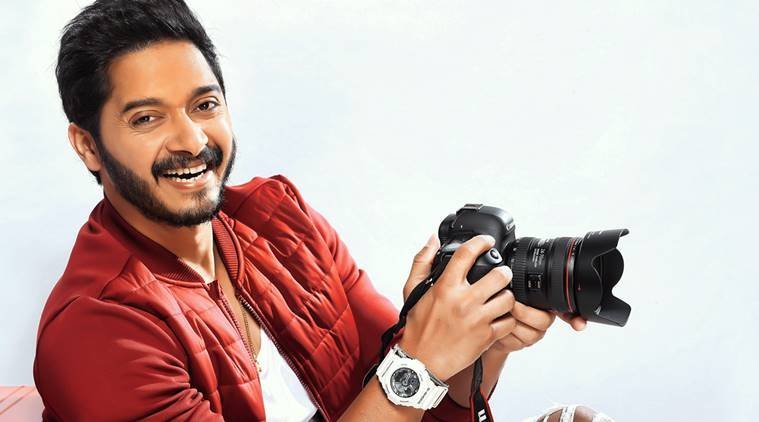 “Why do you want to stop seeing Shreyas in comedy,” questions actor Shreyas Talpade, who has delivered stellar performances in films such as Iqbal and Dor, but has somewhat been boxed into the role of a comic actor over the last few years. “There was a time when I used to think that I don’t want to get stereotyped into a certain genre and I refused to do a few films. I was told by the makers of Jolly LLB that I refused the film, though I don’t remember saying no to it. However, over time I have realised that I enjoy doing comedy. It requires more creativity than a thriller or a regular role. The challenge for me is that while doing comedy, I need people to accept me as a serious actor, which they already know I am,” says he.

In Pune for an event, the actor says he is currently working on a film, scheduled to release early next year, where he plays a “serious role”. “I, personally, would want to explore more scripts like Dor, Iqbal, Sajjanpur and Dil Dosti etc. But what happens is that when a certain character or genre is liked by the audience, they want to continue seeing you like that, and it sticks with you. I recall, during my childhood, Shakti Kapoor used to be a villain in all movies and then I saw Satta Pe Satta and asked my brother, ‘What is this villain doing here?’ He laughed and told me he is not a villain here, he is a good guy here. People tend to relate to the Golmaals more than the Iqbals of the world with me. Having said that, there needs to be a script and performance which reminds people of the other side of me as an actor. That is something I am looking out for, but because of that I wouldn’t stop doing comedy,” he adds.

It is this yearning for more serious roles and a certain feeling of stagnation that led him to experiment with production and direction. His Marathi film Poshter Boyz was a instant hit and was later remade into a Hindi film, starring the Deol brothers and Talpade, which was also successful. “People told me to announce part two immediately, as it was hot. They said, ‘make money now’. But I wasn’t convinced. Now we have locked the story for the sequel and have started working on the screenplay and drama. We will go on floor early next year,” he says.

Another first for Talpade, this year, is a web series that he will be starring in — ALTBalaji’s Baby Come Naa — along with Chunky Pandey and Kaanta laga actor Shefali Zariwala. Talpade plays a character who manipulates two women at the same time, a role that he says is new for him. Talking about the medium of web series, he says, “Films and television still have to grapple with censorship and have a lot of restrictions that the web doesn’t have. People are lapping it up as it is a very unrestricted, unhindered medium. When it comes to creativity, we keep saying it shouldn’t have any boundaries, and this medium is giving us that opportunity to explore. Also, people watching something on the web are prepared mentally to accept experiments and want a change,” he says.

Shreyas Talpade in a still from Golmaal Again

The actor feels the Marathi film industry is going through a good phase. “The ratio of films that work and do not work is still not very good but at least now we know there is potential in the market. Films like Sairat are doing such huge business, we now know that if we come out with a great product, there is a market for it. But we have to be realistic. I think, sometimes, because of the perception that Marathi films are doing great, the budgets also tend to go overboard, but you cannot do that. Because at end of the day, the market is limited to Maharashtra,” he says.

Ask him what led to this kind of a change in the fortunes of the Marathi film industry and he says the factors are multifold. “The youth has started patronising Marathi films, which wasn’t happening earlier. I always used to say that down South, the youth finds their regional films very cool. That was something lacking in Marathi. Then, the youth started thinking this is our language, our films, our heroes. And the industry responded. Heroes started getting younger, fitter and more stylish. The times too have changed,” he says.

Talpade also feels the National Award-wining film Shwaas, changed things. “When Shwaas released no one saw the film, it got the National award and then re-released and everyone saw the film. One National Award changed everything. Filmmakers became more confident of taking up new subjects and we saw films such as Duniyadaari. Then corporates like Zee Studios came in, who took promotion to a different level and music directors like Ajay-Atul pumped in some really energetic numbers, which altogether led to this change. As the numbers went up, even Bollywood came in as the industry showed potential for business,” he says.