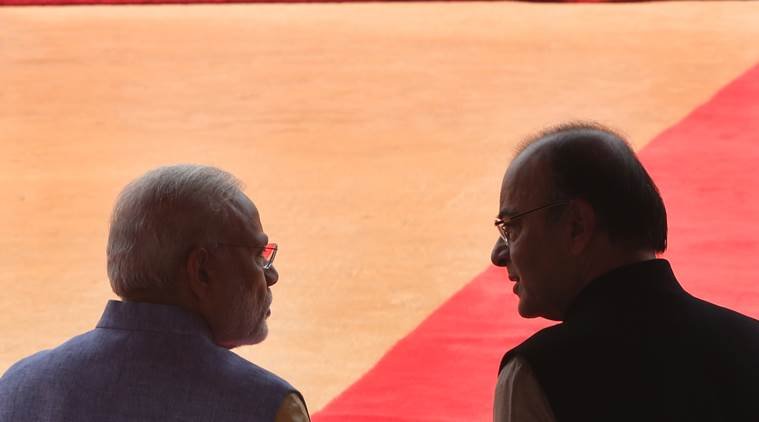 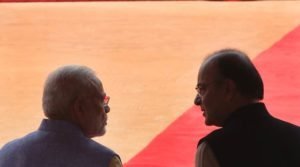 To contain the widening current account deficit (CAD) and check the fall of the rupee, the government on Friday announced specific steps to attract dollars and said that more measures are being planned to smoothen volatility in the financial markets.

Masala bonds are rupee-denominated debt securities issued outside India by Indian companies. The review meeting by the Prime Minister will continue Saturday as well. Finance Minister Arun Jaitley said the government will also take steps to cut imports of non-essential items and to boost exports. All these steps, as well as measures to be taken in the coming days, are to address the broader issue of CAD, he said.

India’s CAD jumped to 2.4 per cent of Gross Domestic Product in the first quarter of 2018-19, from 1.9 per cent in March 2018. A sharp depreciation in the rupee and the spike in crude oil price has led to rise in CAD resulting in capital outflows. Sources said five steps taken by the government (see box) can potentially attract capital flows of around $10 billion but these will mostly be in the debt segment.

“The government will take necessary steps to cut down non-essential imports and also increase exports. Non-essential imports will be decided by consulting the respective ministries in the next few days,” Jaitley said after the meeting. He did not disclose the list of non-essential items which would be subject to import restrictions. “In this meeting, the Reserve Bank Governor (Urjit Patel) gave a detailed presentation on the state of the world economy and the external factors that can impact the Indian economy…in comparison to other countries, our growth rate is much higher, our inflation is within a moderate range. From the Finance Ministry side, we said we believe that maintaining fiscal deficit is of prime importance and our effort is towards the same and we have the confidence that we will maintain it,” Jaitley said.

These external factors, Jaitley said, include policy decisions taken in the United States because of which there is a continuing inflow of dollars to the US in comparison to other economies. He said that global crude oil prices and trade wars can impact countries such as India despite the strength of their domestic fundamentals.

Latest RBI data showed that the forex reserves fell below the $400 billion mark for the first time over the last one year. It stood at $399.2 billion for the week ended September 7, 2018. Data shows India’s foreign exchange reserves have been falling steadily over the past five months since it hit an all-time high of $426.08 billion in the week ended April 13, 2018.

Economic Affairs Secretary S C Garg said these five measures would have a meaningful impact. “It is difficult to give a specific number. I think it should have an impact of USD 8-10 billion,” he said.