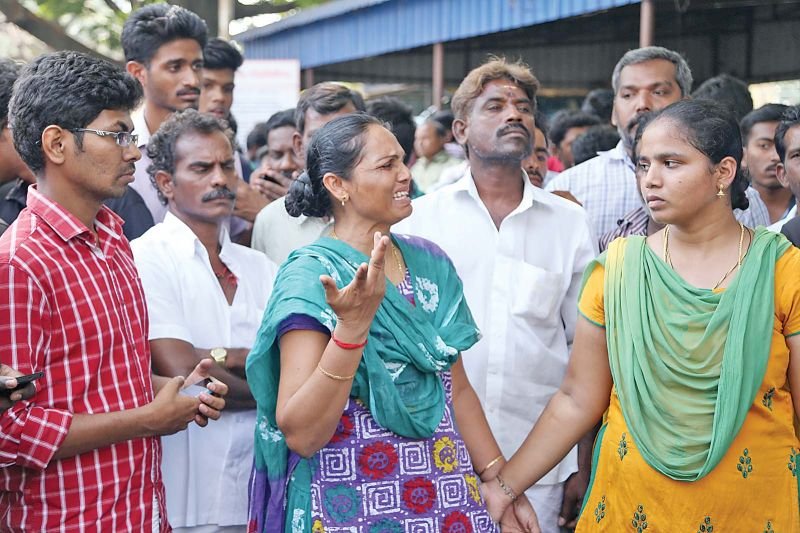 Coimbatore: An engineering college headed by the son of former AIADMK Minister and the sitting Gobichettipalayam MLA K.A. Sengottaiyan, faced a fierce students’ protest over the suicide of a third year engineering student of the college. 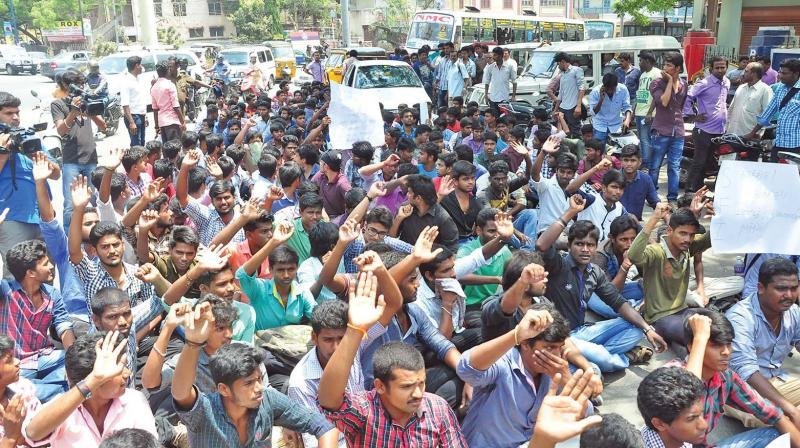 Students of a private college staging a protest in front of district collectrate in Coimbatore on Friday demanding a fair probe and action against the college administration, after a student committed suicide inside the hostel.

The 22-year-old civil engineering student, Vignesh was found hanging from the ceiling of the hostel of Kathir College of Engineering on Thursday night. He was rushed to a private hospital where he was declared brought dead.

E.S.Kathir, son of former AIADMK Minister, Sengottaiyan, is the chairman of the Kathir College of Engineering and his wife is the secretary of the college.

The “shocking” suicide note left by Vignesh triggered a series of protests by the college students from Thursday night till Friday afternoon. His mother Shanthi, a CRPF constable in Bengaluru, refused to receive her son’s body, demanding a fair probe. The boy’s father, Chinraj, a former head constable of the CRPF, passed away in 1998.

In his suicide note, Vignesh alleged that the college management had forced him to give a letter that he had come drunk to the college hostel. He claimed that he had been targetted by the managment for raising issues of lack of facilities at the hostel.

When Vignesh returned from a project assignment at the Tamil Nadu Engineering College on Wednesday evening, he was stopped at the hostel gates.

Officials of the hostel asked him to give in writing that he had consumed alcohol. After giving the letter under duress, he was too depressed and decided to end his life, the note said.

A native of Kallakurichi in Villupuram, Vignesh had not paid his hostel fee. When the hostel officials asked him to pay the fees or leave the college, Vignesh had countered that the facilities in the hostel were abysmal and that he would not pay the fee, his protesting classmates told the media. 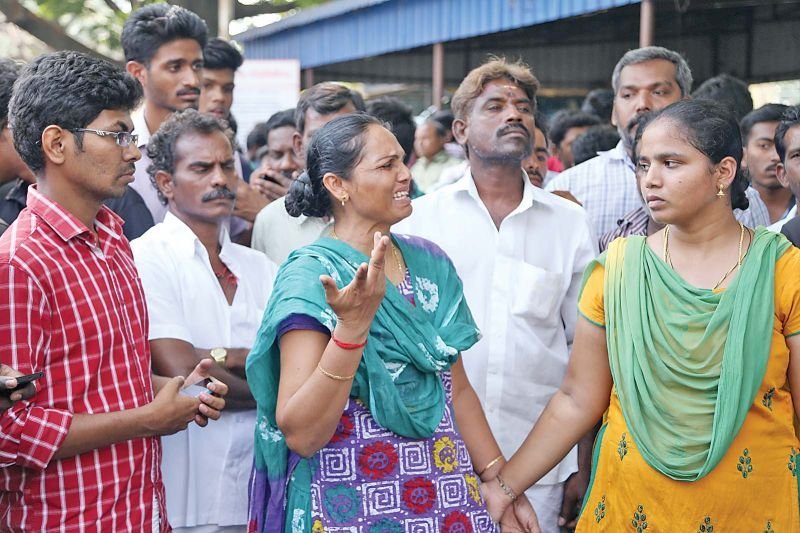 Shanthi, mother of Vignesh refused to receive the body at Coimbatore GH on Friday.

Soon after his body was found limply hanging from the ceiling on Thursday night, students staged a protest on the arterial road in the city.

On Friday morning, they stage a demonstration at the Government hospital where Vignesh’s body was taken for post-mortem. With tears gushing from her eyes, Vignesh’s mother Shanthi too joined the stir and refused to receive the body. Later, the students shifted the venue of the protest to the entrance of the Collectorate. After an hour of strident slogan shouting, the police pacified the protesters and assured them that a fair probe would be conducted in the suicide case.

Meanwhile, the Sulur police have registered a case of suicide and a team of police officials visited the college hostel and collected evidence. Interrogation of the college officials is under way, a senior official said.“Inquiries with his college hostel mates revealed that he was found depressed and restless on Thursday evening and remained inside his room,” the officer said.

My husband was sleeping, says wife of ‘molester’