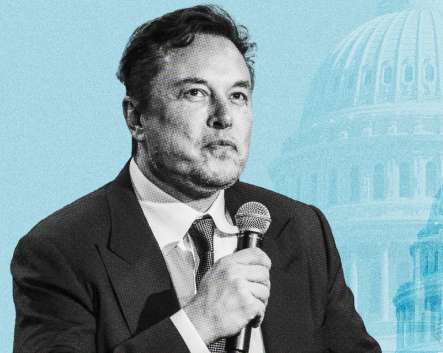 Elon Musk’s “Twitter Files” have become a rallying point for House Republicans as they seek to prove allegations of anti-conservative censorship. This preview of the GOP’s hostile tech agenda hints at what we can expect when the party takes control of the chamber in January.

Conservatives are trying to prop up the information revealed in the four Twitter threads as examples of the partisan imbalance favoring Democrats they’ve long accused Twitter of using, despite the threads largely showing internal debates among employees over high-profile decisions and lacking details of influence from Democrats.

Journalist Matt Taibbi, who released the first batch of “Twitter files,” said that while he saw general warnings from the government to Twitter about possible foreign hacks, he saw no evidence of specific government involvement in Twitter’s decision to suppress the New York Post’s story on the Hunter Biden laptop.

But Jordan said that the revelations are enough to warrant more investigation.

“There’s probably not an email from [FBI agent] Elvis Chan to [then-Twitter CEO] Jack Dorsey saying take down the whole story. But there’s weekly briefings where they say, ‘We think there’s real potential for hacking-and-leak operations, Russia’s gonna try to interfere with the election,’” Jordan said.

“There’s no like, email. It’s like, everyone understands what they’re supposed to do here. Plus, all these people lean to the left anyway. So I think that’s what happened,” he added.

Rep. Ted Lieu (Calif.), incoming vice chairman of the House Democratic Caucus, brushed off GOP interest in the “Twitter Files” — which he called “stupid” on Twitter.

“Republicans actually can’t pass any bills on this issue because the First Amendment prevents government from regulating speech on Twitter. So it’s not clear to me why they are so focused on somebody they can actually not do anything about,” Lieu said. “Lots of people complained to Twitter, including candidates, the Trump administration, your cousin’s friend, anyone that could complain. Sometimes Twitter ignored them, sometimes they didn’t, which was Twitter’s right as a private business. And that is not news.”

The “Twitter Files” were released in four parts, between Taibbi, journalist Bari Weiss and author Michael Shellenberger. The first installment from Taibbi focused on the Hunter Biden laptop saga, while the subsequent threads were about Twitter’s decisions to de-amplify content from certain accounts and the decision to remove former President Trump.

Jared Holt, senior research manager at the Institute for Strategic Dialogue, said the information revealed in the threads is “inherently interesting” to a degree, offering a peek under the hood of how Twitter came to certain decisions, but they’re “not exactly bombshells.”

“It doesn’t show what I think some politicians and even to some degree Taibbi and Weiss frame it up as showing, which is this kind of conspiracy to censor conservatives at the platform,” Holt said.

A lot of the material featured in the threads was also recycled, he said, noting that Dorsey discussed the decision to suppress the Post’s story about Hunter Biden’s laptop during a congressional hearing last year. At the time, the former Twitter CEO called it a “total mistake.”

The previous explanation and admission of regret, though, have not quelled Republicans’ push for answers.

But the Republicans don’t yet have clear direction over a timeline for the hearings, or what committee should take the lead amid interest across the judiciary, energy and commerce, and oversight panels, a GOP source told The Hill.

The pressure over Twitter’s decisions fits in with Republicans’ broader investigatory agenda on not only tech censorship, but also alleged politicization in the intelligence community, the Biden family’s business dealings and the origins of COVID-19.

Earlier this week, Republicans on the House Energy and Commerce Committee put forward a proposal that sought to require the Biden administration to provide documents “relating to coordination” with social media companies about “censorship” of a wide range of content including Hunter Biden, COVID-19 and elections.

Rep. Frank Pallone Jr. (D-N.J.), the panel’s chairman, called the proposal “frivolous and partisan” and in “stark contrast” to the bipartisan work the committee advanced earlier in the year, including a landmark comprehensive data privacy bill.

“I sincerely hope we can put aside these out of touch, partisan issues and instead prioritize work that actually benefits the American people,” he said.

The proposal, touted by incoming Chairwoman Cathy McMorris Rodgers (R-Wash.) as a way to promote “free speech,” offers a glimpse into the way the GOP will tackle tech issues in the coming year.

“Certainly what’s been exposed only confirms the questions that we’ve had and the concerns that we’ve been raising around censorship, and especially the manipulation the platforms have taken — their manipulative efforts to shut down conservative speech,” Rodgers told The Hill.

Jordan sent letters to top executives at Apple, Amazon, Alphabet, Meta and Microsoft on Wednesday asking for information on communications between the companies and the federal government concerning “the moderation, deletion, suppression, restricting, or reduced circulation of content,” and directing them to preserve documents and communications — indicating that subpoenas may be coming once Jordan takes the gavel.

Since Musk closed his $44 billion acquisition of Twitter at the end of October, he’s made a number of changes, such as reversing bans on users like Trump and removing a COVID-19 misinformation policy, that the GOP cheered making the site less of a target for House Republicans.

Those same changes, however, are causing other issues for Musk — including contending with an ongoing pressure campaign from advocacy groups and an exodus of advertisers — as he tries to make his Twitter purchase profitable.

Transforming India Through Reforms, According to N Chandrasekaran