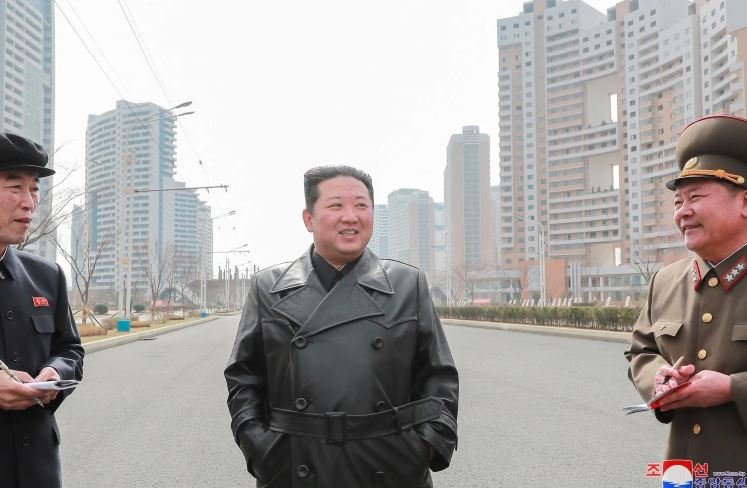 Setback comes amid concern Pyongyang, which has carried out a series of tests this year, plans to launch a banned ICBM.

North Korea’s neighbours have said the nuclear-armed country fired an “unidentified projectile”, but the launch appears to have failed moments after take off.

“North Korea fired an unknown projectile around 09:30 (00:30 GMT) today, but it is presumed that it failed immediately after launch,” Seoul’s Joint Chiefs of Staff (JCS) said in a statement. The suspected missile was fired from a site near the airport in the North Korean capital of Pyongyang, it added.

“At this point, our assessment is that the projectile launch appears to have been botched as it failed to reach a certain altitude in its early boost phase,” a JCS official was cited as saying by the Yonhap news agency.

Yonhap reported unnamed sources saying the weapon could have exploded in mid-air, but the JCS official declined to comment.

“For other specifics, we need a detailed analysis as we cannot comment based on assumptions,” the official said.

Pyongyang has carried out a record nine weapons tests so far this year – the most recent on March 5.

The North has said two of the launches were a “reconnaissance satellite”, but South Korea and the United States have said they believe those tests were related to a new intercontinental ballistic missile (ICBM) system – a so-called “monster missile” that has never been test-fired before.

Leif-Eric Easley, a professor at Ewha University in Seoul, said it seemed that Washington and Seoul were taking a more aggressive approach to make information about the North’s tests public.

“These disclosures aim to counter Pyongyang’s disinformation campaigns that claim its missile tests in violation of UN Security Council Resolutions are merely efforts at self-defense,” Easley said in emailed comments.

“While the sharing of intelligence may not deter further provocations, it could increase international unity for holding the Kim regime accountable with economic sanctions. Addressing North Korean security threats will require more than leveraging intelligence and calling for a return to diplomacy; the U.S. and its allies need to expand military exercises and missile defense cooperation.”

The US Indo-Pacific Command condemned what it described as a ballistic missile launch and called on the North to “refrain from further destabilizing acts”.

Earlier this week, the US carried out exercises involving fighter jets from the USS Abraham Lincoln aircraft carrier and other forces in the region in the skies above the Yellow Sea. United States Forces Korea (USFK) also stepped up air defence drills.

Referring to the North by the acronym for its official name, the statement added: “While this type of training is routinely conducted by U.S. Patriot batteries across the ROK (Republic of Korea/South Korea) its increased intensity of its certification underscores the seriousness USFK takes against the DPRK’s recent missile launch behavior.”

Officials in Washington and Seoul have also said the North appears to be restoring some of the tunnels at Punggye-ri, the site where it conducted six nuclear weapons tests between 2006 and 2017.

The site was closed in 2018 when Pyongyang declared a moratorium on nuclear testing ahead of a series of summits with South Korean President Moon Jae-in, and then US President Donald Trump.

That diplomacy failed to make any headway and talks on denuclearisation have been stalled since the Trump-Kim summit in Hanoi in 2019 collapsed over the issue of sanctions relief.

In January, a meeting of the powerful politburo of North Korea’s ruling party presided over by leader Kim Jong Un, said it would consider resuming “all temporarily suspended” nuclear and ICBM tests as part of an effort to boost the country’s military against a “hostile” United States.

North Korea is under stringent international sanctions over its missile and nuclear weapons programme and is banned from testing ballistic missiles by the United Nations.

The US has imposed more sanctions as a result of this year’s tests.