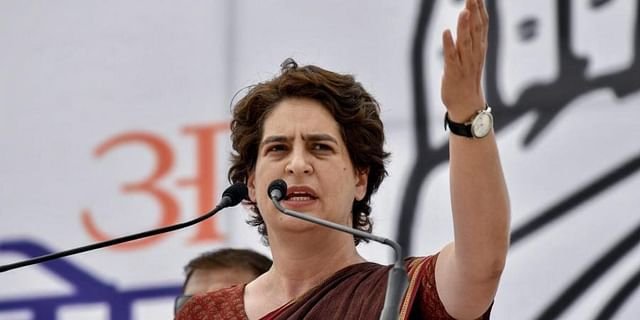 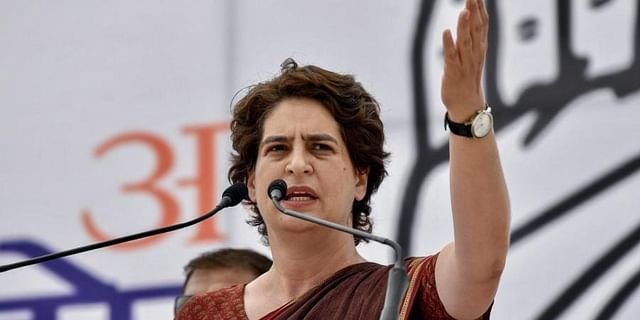 NEW DELHI: The Congress slammed the Central government over the price hike of domestic liquefied petroleum gas (LPG) cylinder by Rs 25 on Wednesday.

Congress leader Priyanka Gandhi Vadra took a swipe at BJP’s slogan of ‘Sabka Vikas’ saying the only development taking place under the government is the hike in the prices of essential commodities and an increase in the income of billionaires.

“Prime Minister, there are only two types of “Vikas”(development) taking place under your rule: On one hand, the income of your billionaire friends is increasing. On the other hand, the prices of essential commodities are increasing for the common people,” said Priyanka Gandhi Vadra on Twitter.

She added that “If this is “Vikas”, the time has come to send this “Vikas” on leave.”

Congress leader Rahul Gandhi also hit out at the Centre for “resting” under the protection of their “friends”.

Taking to Twitter, the Wayanad MP alleged that the people were being forced to sleep on an empty stomach.

“The one who is forcing the public to sleep on an empty stomach is resting under the shadow of his friends. Now, the country is uniting against this injustice,” the Congress MP claimed.

The price of a 19-kilogram commercial cylinder has also been increased by Rs 75. Now the commercial LPG cylinder will cost Rs 1,693 in Delhi.

“Good days of BJP. Days of looting the budget of the public,” he added.