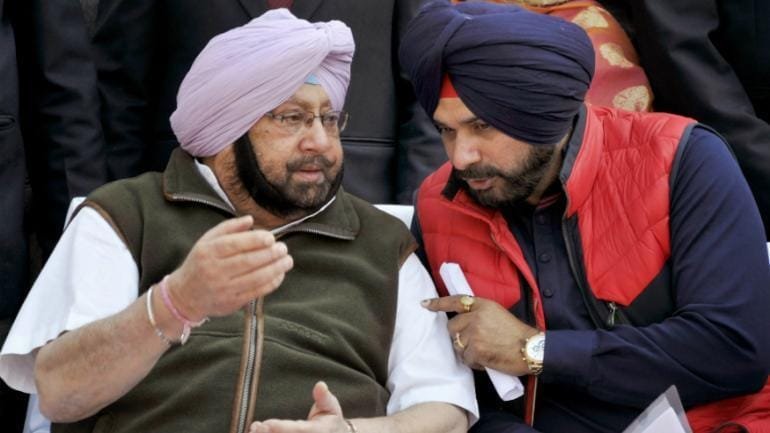 Navjot Sidhu Says “Those Who Oppose Me Make Me Better”. Captain On Stage

Navjot Singh Sidhu and Chief Amarinder Singh met over a cup of tea earlier in the day. 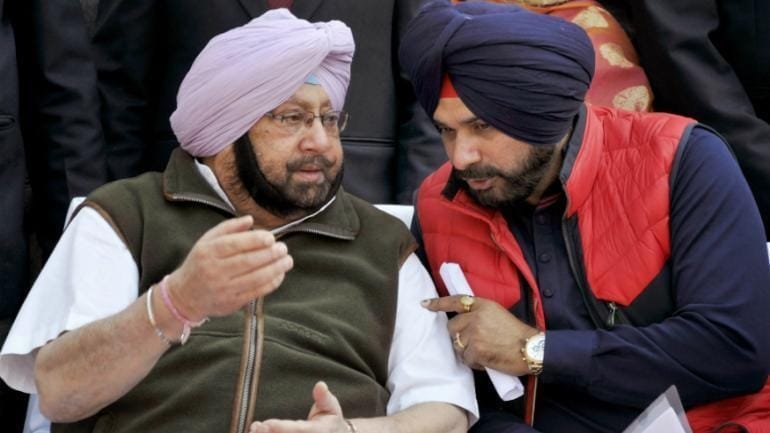 Chief Minister Amarinder Singh said he was fighting at the border when Navjot Sidhu was born.

With a quick, stylish swish of his air-bat, Navjot Singh Sidhu today took charge as the new President of the Punjab Congress amid loud chants of his name from the audience. With Chief Amarinder Sindh in attendance on the dais, the cricketer-turned-politician looked set for a new innings, leaving behind months of a crisis in the state party unit.

His first speech as Punjab Congress President also hinted at his approach towards managing the affairs there.

“I will work shoulder-to-shoulder with you. I have no ego…The Congress is united today, contrary to what our opposition is saying,” he said in his, by now well-known, aggressive style.

“We need to resolve all these issues, We have to do the politics of change,” he said, hinting at the Chief Minister.

Yet, one could also sense hints of the recent turmoil in the party, especially involving Mr Singh, when he said, “Those who oppose me improve, me.”

Referring to the acute power crisis in the state, Mr Sidhu said, “Why should we buy electricity for 18 rupees? What kind of compromise will be revealed? Why not this theft be caught?”

Mr Sidhu and Mr Singh have faced off for months till the former was appointed Punjab Congress President last week, much to the consternation of the Chief Minister who gave in only at the last moment. Hours before the inauguration, the two met up for tea at Punjab Bhawan in Chandigarh.

The ‘tea party’ today marked the end of hostilities, at least apparently, given that Mr Singh had till recently refused to meet Mr Sidhu until the later publicly apologised for his severe criticism.

The new state Congress President indicated that all that was now being put behind.

“My fights are not the issue. The farmers sitting in Delhi, the problems of doctors and nurses…these are the real issues,” he said. “We have to resolve the issues, then we are true before god.”

“When Sidhu was born in 1963, I was in the army. When I left the army in 1970, my mother asked me to join politics. She said ‘meet with Bhagwan Singh Sidhu’, the father of Navjot Sidhu. This is the relation I share with him,” Mr Singh said.

“When Sonia Gandhi said Navjot Singh Sidhu will be the next Congress chief in Punjab, I said whatever the high command decides I will abide by the decision,” he said, repeating a line he has taken earlier, too, during the party infighting.

He also focused on the Aam Admi Party (AAP), perceived to be gaining political ground in the state.

“I have no faith in AAP…There are reports that they have some dealings with Pakistan,” he said.

Mr Sidhu, too, touched on this rivalry saying the “Delhi model will be blown away by the Punjab model”, adding with a flourish, “baat khatam (end of the matter)”.