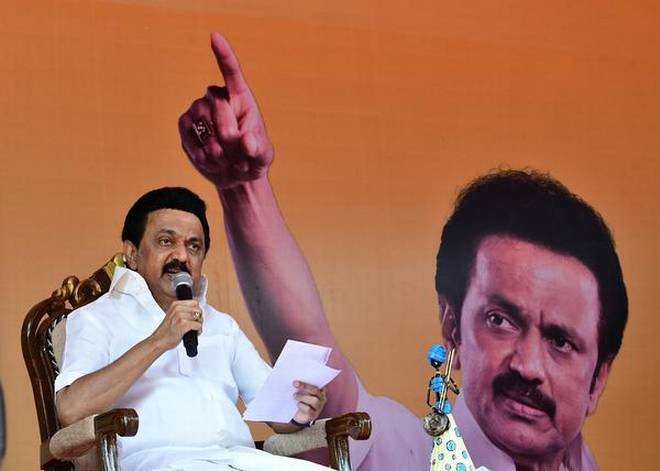 DMK will give special attention to industrial growth, assures Stalin 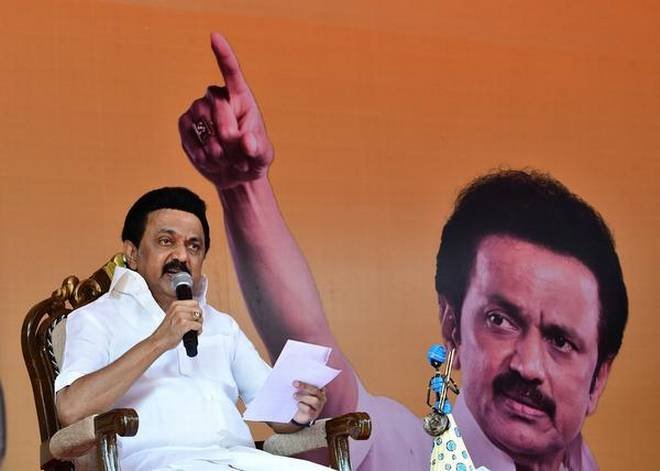 The DMK will give special attention to industrial growth and revival of micro, small and medium enterprises after forming the government, assured its president M.K. Stalin in Tiruppur on Sunday.

He addressed the voters from four Assembly constituencies – Tiruppur North, Tiruppur South, Avinashi and Palladam – as part of the ‘Ungal Thogudhiyil Stalin’ (Stalin in your constituency) campaign. Claiming that the industries in Tiruppur were adversely affected in the past five years due to the “wrong economic policies of the Central government” such as demonetisation and Goods and Services Tax (GST), Mr. Stalin accused Chief Minister Edappadi K. Palaniswami of not meeting the industrialists from this region affected due to the COVID-19-induced lockdown last year. The city of Tiruppur was once known as “dollar city” due to the foreign exchange generated through exports but has now become a “dull city,” Mr. Stalin remarked.

He further accused Mr. Palaniswami of taking credit for inaugurating the Athikadavu – Avinashi Ground Water Recharge and Drinking Water Supply Scheme, when its preliminary works were carried out by former Chief Minister M. Karunanidhi during the previous DMK regimes. Claiming that the scheme in its present form is incomplete, Mr. Stalin assured that the DMK will implement the Athikadavu-Avinashi scheme in a full-fledged manner, once voted to power.

Questioning the AIADMK government on not submitting a White Paper on the number of investments attracted and jobs created for the State, Mr. Stalin alleged that Mr. Palaniswami had converted the State into a “sanctuary of corruption.” In the past nine years, the State government has not fulfilled any of the assurances made in the ‘Vision 2023’ strategic plan unveiled by former Chief Minister Jayalalithaa in 2012, he alleged.