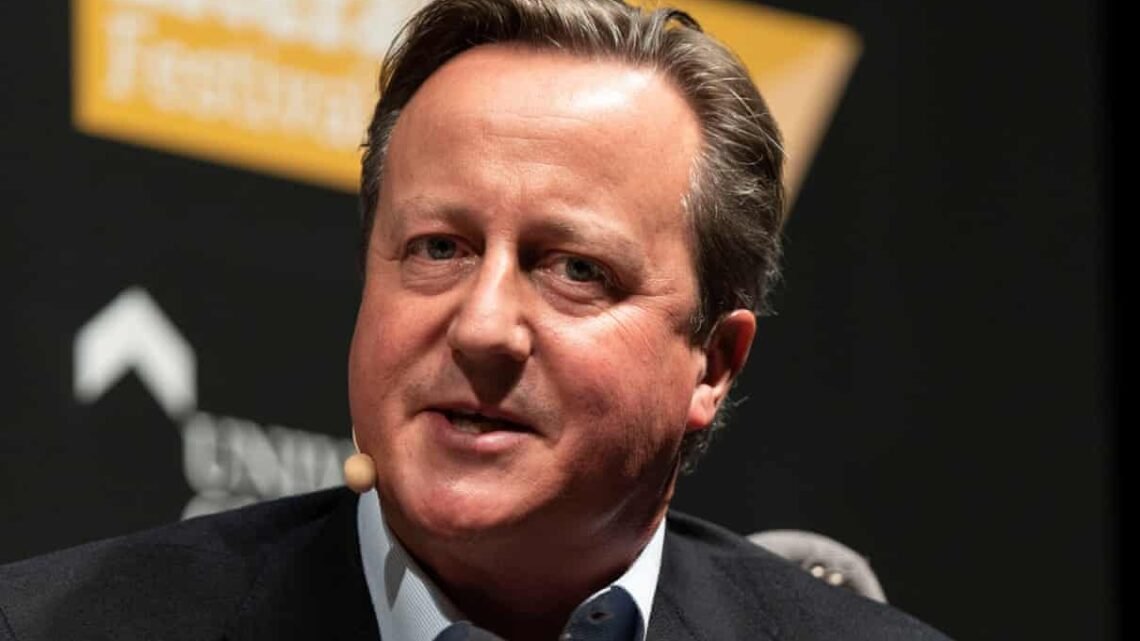 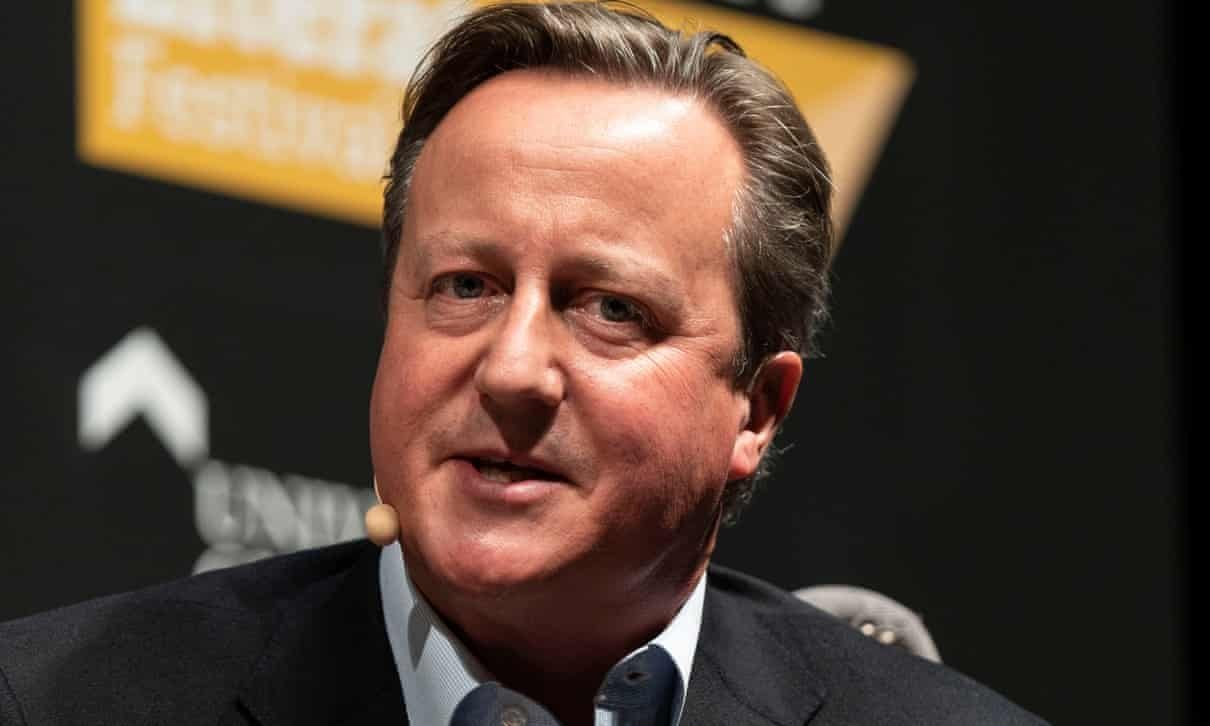 David Cameron has strongly indicated he thinks a Joe Biden win in the US election would be a good outcome for the UK and wider world, calling Donald Trump a block on international cooperation over pressing issues such as the climate emergency.

In a radio interview to promote the paperback edition of his memoir, the former prime minister also said he felt “big beasts” such as Jeremy Hunt should be in the UK cabinet, and obliquely chastised Boris Johnson for missing the first five emergency meetings about coronavirus.

While Cameron stressed he was “not going to get involved in the US election”, he made his feelings plain about the outcome when asked who of Trump or Biden would be a better president for the UK.

“I think that on all the, as it were, international issues – you want to see global action on climate change; you want to see action to continue to deal with the scourge of global poverty; if you want to see a promotion of trade and anti-protectionism, it’s hard to argue that Donald Trump is good for those things,” he told Times Radio.

“I profoundly believe that we need that international cooperation to cope with these big problems, whether it’s terrorism, or climate change, or global poverty, or whatever. And an America that withdraws from those things makes it far more difficult to achieve anything. Whoever it is, we need engagement.”

There was a “kernel of truth” in some Trump views, such as some European nations not paying enough towards Nato, Cameron said, but he added: “I know Trump drives everyone mad, and he certainly drives me mad a lot of the time.”

Cameron, who said he had spent some of the Covid lockdown helping at a food bank in Chipping Norton, near his Cotswolds home, and that he and Johnson spoke or texted “from time to time”, was less forthright on UK politics.

But he did strongly indicate that Johnson should reinstate the former health and foreign secretary Hunt and other “big beasts” to a cabinet which is often characterised as filled with ministers picked mainly for loyalty.

“Jeremy is hugely capable,” Cameron said. “I hope his talent isn’t lost to politics forever, if I can put it that way.”

Cameron said his approach to ministerial appointments was that “I didn’t fear the tall poppies”. He added: “I think you want to have the big players around the table.”

While he did not directly criticise Johnson for missing the first five meetings of the government’s Cobra emergency committee called to decide a response to the then emerging coronavirus crisis – “I don’t know exactly what the circumstances were, so I’m not passing judgment” – Cameron said he would have acted differently.

“As a way of understanding the situation and driving the necessary decisions, it’s brilliant,” he said of the meetings. “I didn’t always attend the first Cobra meeting of every emergency, [but] I always thought you had to get to focus on it quite quickly.”

He added: “The job of the prime minister in chairing Cobra is to get everyone together, find out the information, and then bang the table and ask some sometimes quite obvious questions.”

Cameron, who this week mildly criticised Johnson for proposing to break international law by unilaterally unpicking the departure deal with the EU, said he could understand the government’s frustration over Brexit, but thought it was a mistake.

He said: “The signal is bad. I have misgivings about it. It’s something you should do if all else has failed, and not put it on the table early doors.”