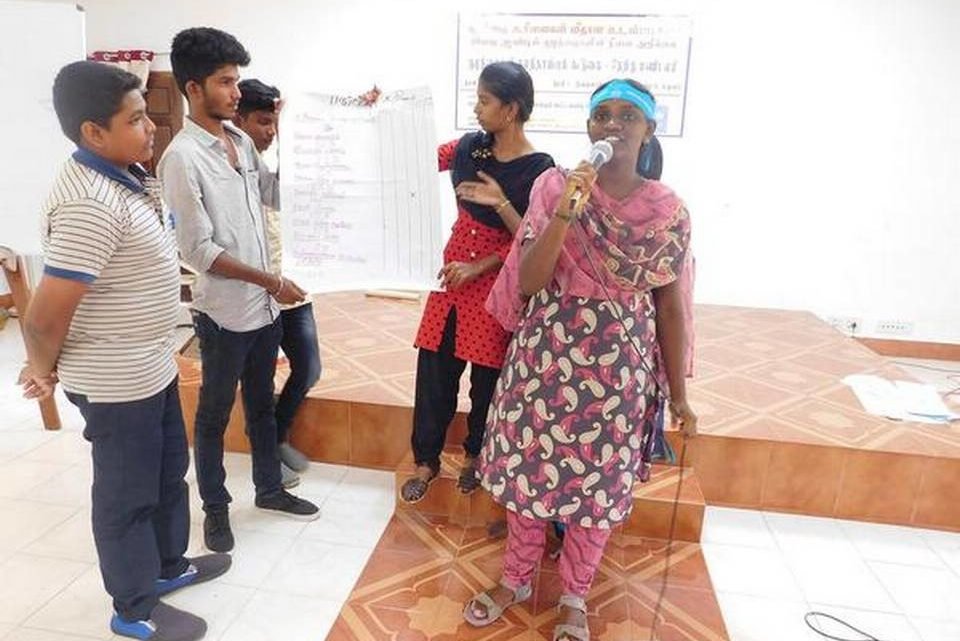 Madurai girl to represent Tamil Nadu at conference in Delhi Conference to commemorate United Nations Convention on the Rights of the Child.

Seventeen-year-old M. Dhanalakshmi from Madurai district will represent Tamil Nadu at a three-day national-level conference to be held in New Delhi from November 18.

The conference, organised by not-for-profit organisation working with children, is held to commemorate the 30th year of inception of the United Nations Convention on the Rights of the Child. Ms. Dhanalakshmi will trace Tamil Nadu’s progress on child rights protection in the past 30 years.

A student of EVR Nagammaiyar Corporation Girls Higher Secondary School, Ms. Dhanalakshmi says she passed through a zonal-level test in August and a State-level selection process earlier this month to finally be selected to represent the State. “It is a honour for me and I must thank Shakti Vidiyal (a non governmental organisation in Madurai working for child rights) for teaching me to be assertive,” she says.

She recalls an incident when she alerted Childline immediately after knowing that a classmate of hers was to be married. “The wedding took place even before Childline officials arrived there but at least I tried to stop it,” she says. In Delhi, Ms. Dhanalakshmi wants to emphasise the need for compulsory education till Class 12 across the country. “This will help in reducing child labour, which is rampant in Tamil Nadu,” she says. She is collecting data from across the State and hopes to see this practice eradicated during her adult lifetime.

Founder of Sakthi Vidiyal C. Jim Jesudas says, “Children were integral to a society and we must listen to them before we frame future policies. They are the future, so they too should have a voice,” he says.