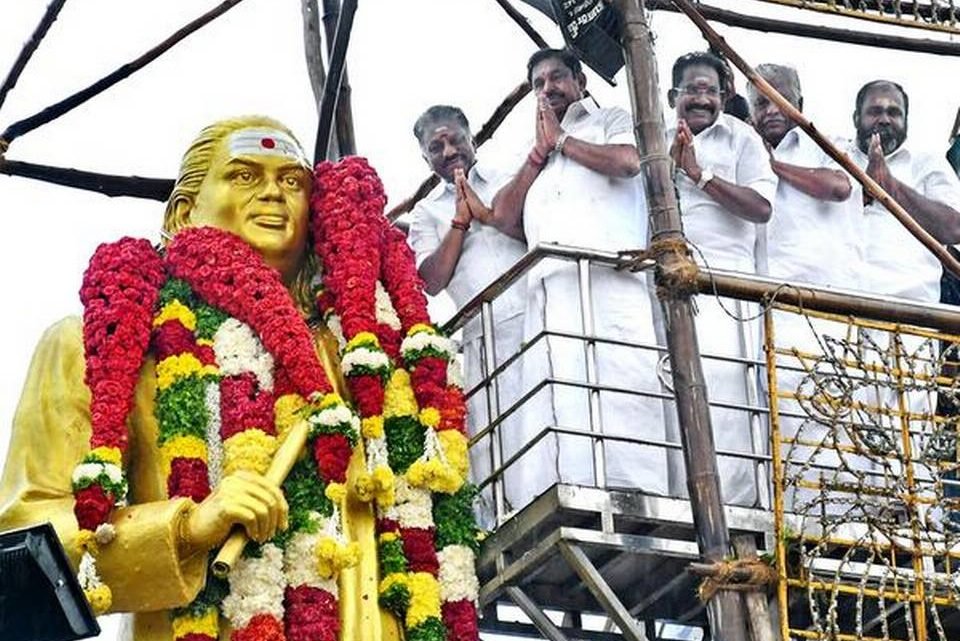 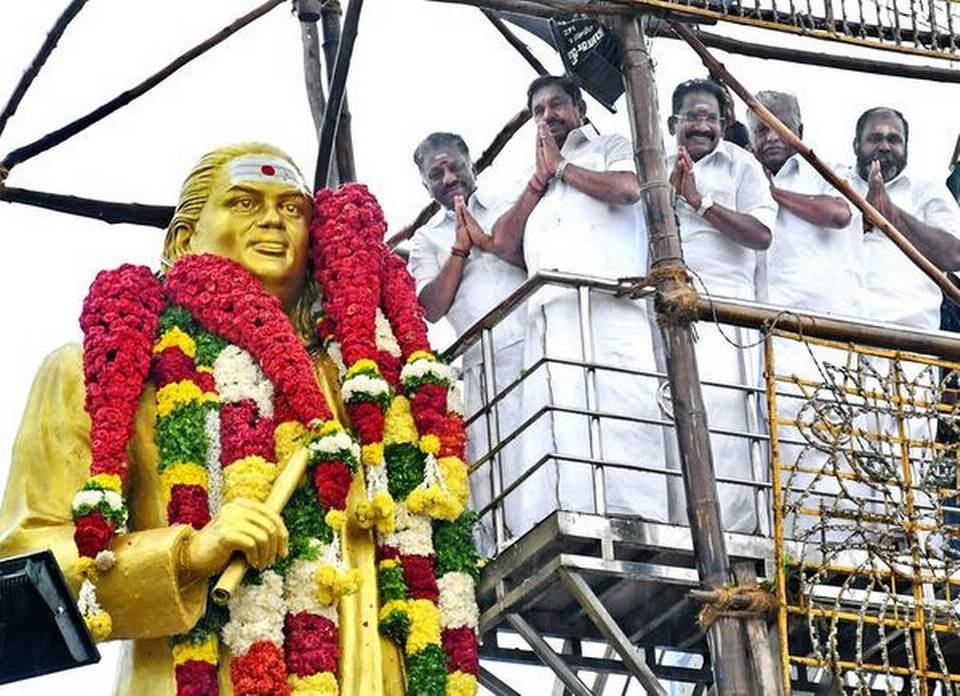 Even as leaders of political parties queued up to pay their respect to the statue of freedom fighter Muthuramalinga Thevar on his 112 birth anniversary and 57th death anniversary here on Wednesday, rain dampened the celebrations with a thin crowd turning up at the Goripalayam junction.

Chief Minister Edappadi K. Palaniswami, Deputy Chief Minister O. Panneerselvam and their cabinet colleagues were the first to garland the statue amidst drizzle. The Chief Minister later paid floral tributes to the leader’s portrait down the pedestal.

The incessant drizzle and intermittent shower since Tuesday night forced the usual crowd to stay indoors. However, hundreds of men and women braced the showers and came in procession with milk pots and sprouts from various parts of the city to offer their prayers on the occasion of guru puja.

The city police heaved a sigh of relief with the incessant rain as a few Thevar outfits had called for a day-long dharna at Goripalayam junction demanding naming of Madurai airport after the freedom fighter.

With the rain, the protesters led by Moovendar Munnetra Kazhagam leader G.M. Sridhar Vandaiyar, former MLA P.V. Kathiravan of the All India Forward Bloc and South India Forward Bloc leader K.C. Tirumaran staged a brief protest near the statue before moving into a nearby shopping complex. After briefing their supporters about the protest, they left the junction.

Commissioner of Police S. Davidson Devasirvatham supervised the huge deployment of police personnel at various places in the city.