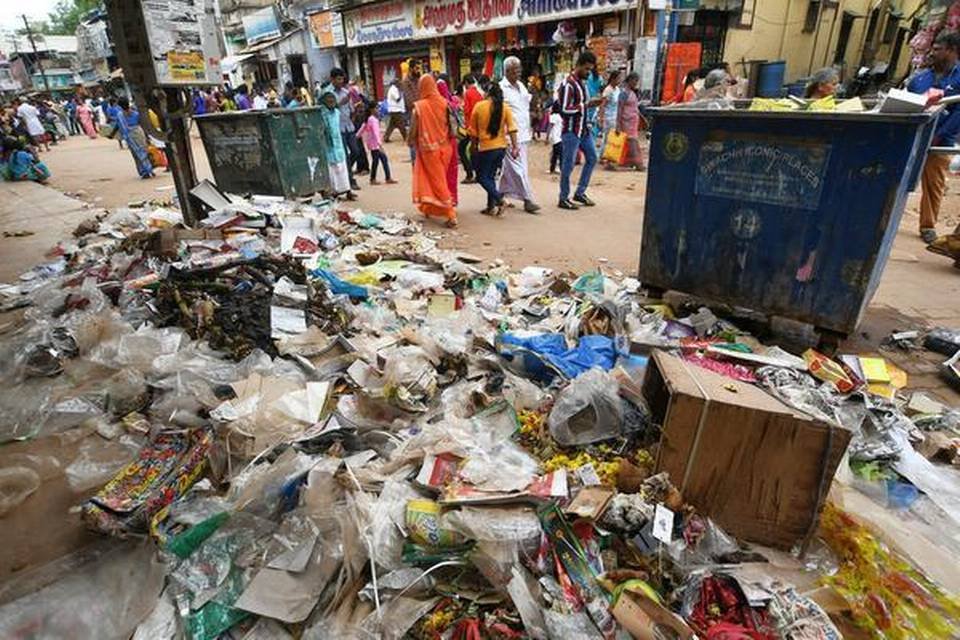 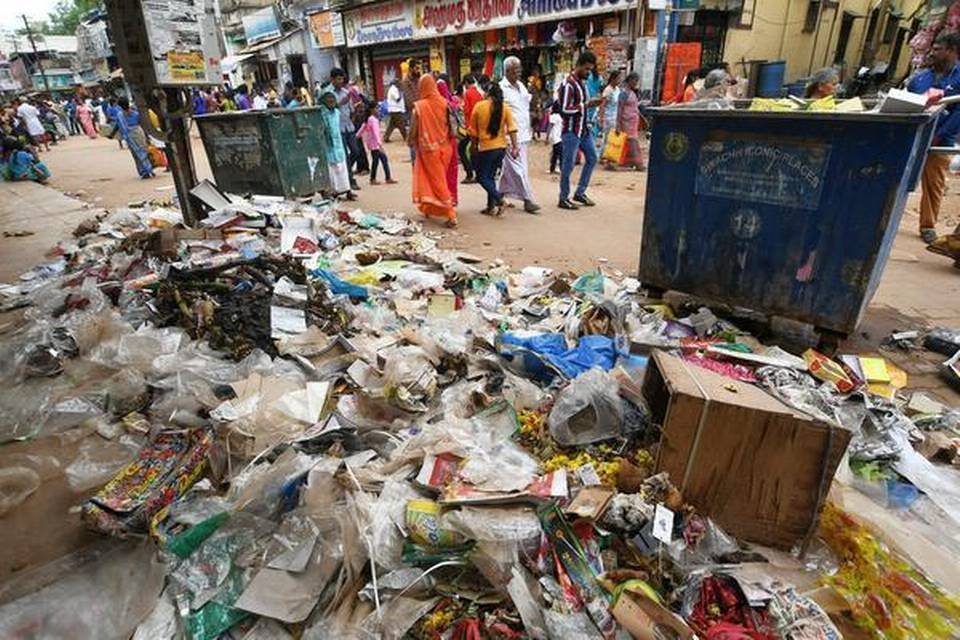 Garbage piled up along South Chithirai Street near Meenakshi Sundareswarar Temple in Madurai on Monday.

On a single day, Madurai Corporation lifted over 700 tonnes of garbage from the 100 wards in the city on Monday, a day after Deepavali.

Over 3,000 conservancy workers cleared the garbage dumped in public places, residential zones and markets. The officials used 112 vehicles, including tipper lorries and 38 tractors for the work. “Tractors were also hired and a robot was deployed to speed up the work,” said City Health Officer (in charge) S. Vinoth Raja.

Despite it being a government holiday, the conservancy workers started working from as early as 4 a.m., said a corporation official.

The maximum waste was lifted from the four Masi streets and near Meenakshi Sundareswarar Temple where temporary shops were set up before Deepavali. “The large amount of garbage accumulated during Deepavali is being removed on a war-footing and the work will continue on Tuesday also,” said Mr. Vinoth Raja.