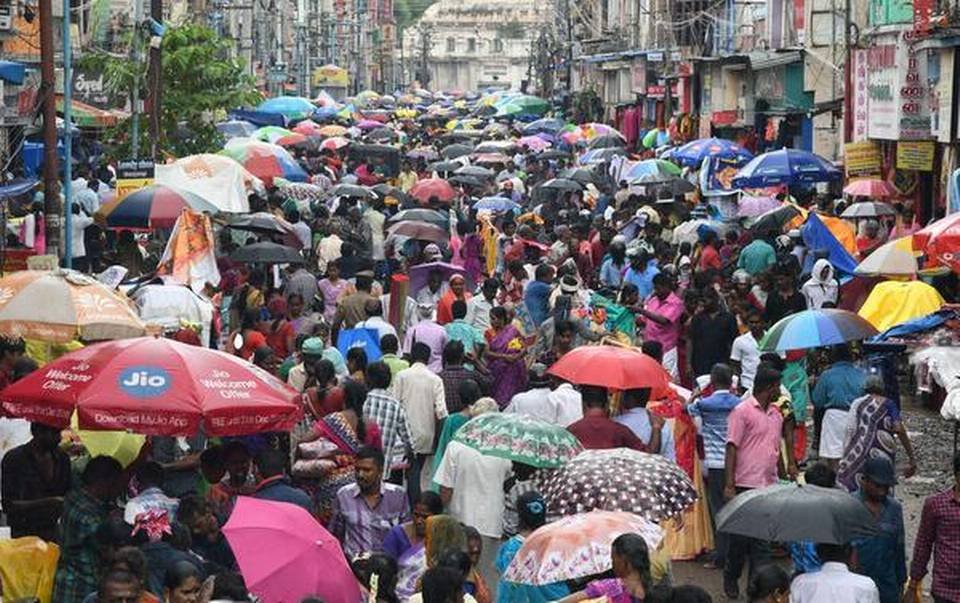 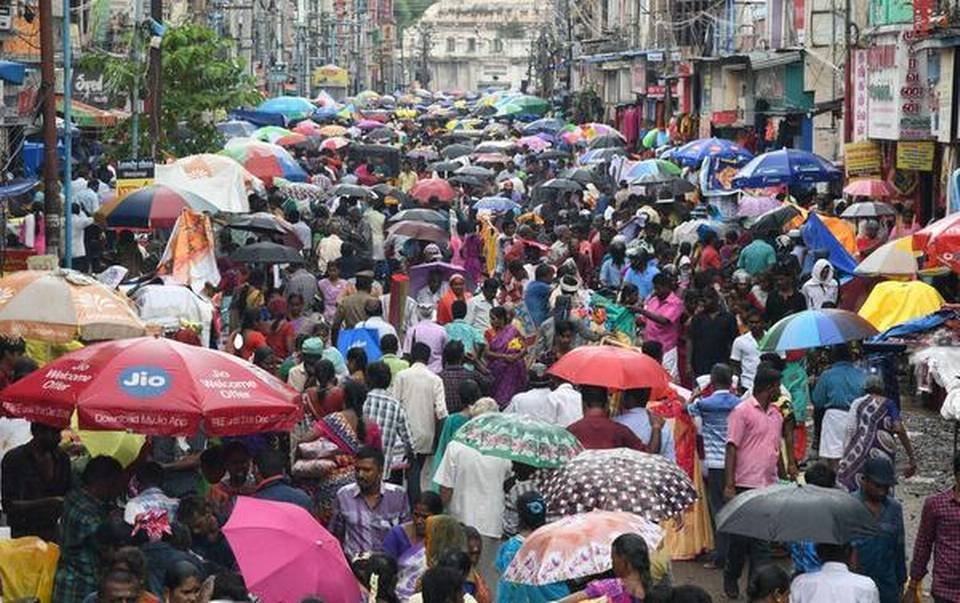 Armed with umbrellas: Braving sharp showers, people on the bargain hunt on Nethaji Road in Madurai on Saturday.

Thousands converge in Madurai as celebration mood reaches the crescendo

South Masi Street, all roads and bylanes around Meenakshi Sundareswarar Temple were chock-a-block on Saturday, as thousands of people thronged the heart of the city to indulge in last-minute Deepavali shopping. Braving the brief spell of rain during the day, the shoppers took shelter under umbrellas to complete their shopping, on the Deepavali eve.

A wide range of products such as clothes, slippers, toys, bedsheets, mats, and colourful accessories were sold by the vendors. The collections are amazing here, said S. Lakshmi from Kallimedu, who frequents these places every year. “The products are also less expensive,” she said.

There is a sea of humanity out here shopping, but lack of public toilets poses inconvenience to the shoppers and vendors, said M. Jothi Meena, a vendor selling mats on Nethaji Road. “The shopkeepers plead with nearby hoteliers to allow them to use the rest rooms as we either have to travel to Periyar bus stand or the Meenakshi Temple area to use public toilets. As thousands of people throng the streets, the authorities can at least place a few mobile toilets,” she said. It would be better if drinking water facilities were there, she added.

Police personnel regulated the crowd everywhere. The crowd this year at the important stretches has come down compared to previous years, said a police officer stationed on South Avani Moola Street.

People also make a beeline to cracker shops across the city to buy crackers ahead of the Festival of Lights. The sale of crackers is low this year owing to an increase in prices and awareness among customers about the harmful effects, said shopkeepers.

“Anti-pollution campaign and greater environmental awareness among residents seem to have made an impact. The Supreme Court order fixing a specific time to burst crackers and the availability of green crackers have also affected our sales,” said G. Venkatesan, a vendor.

There were traffic snarls near railway junction and near flower market at Mattuthavani due to people leaving en masse to celebrate Deepavali away from the city, during the long weekend.