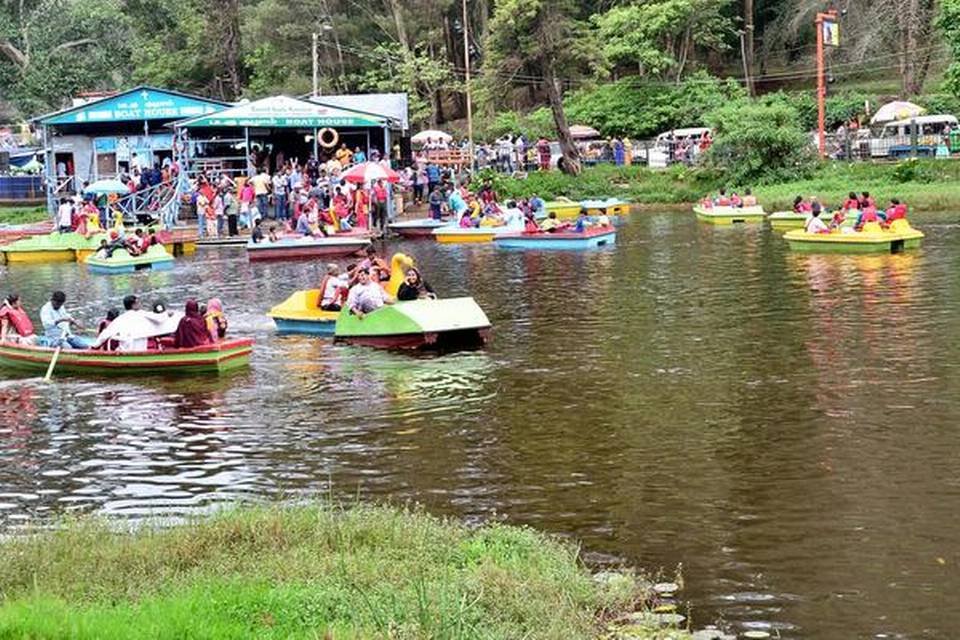 Tourists for regulation of boat clubs at Kodaikanal lake

They allege levy of excess and exorbitant fee 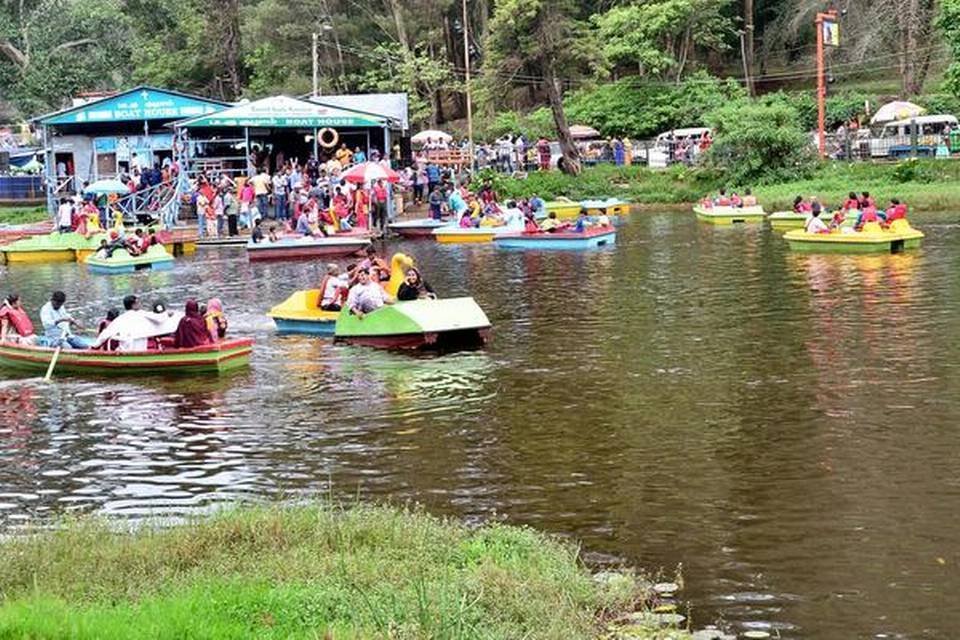 Boating in the Kodaikanal lake is something that no tourist misses on a visit to the hill station. But one constant complaint from locals and tourists alike is that the boat clubs levy excess and exorbitant fee for boating in the lake.

The Kodaikanal lake has five boat clubs operating boating services, including one run by the Municipality, two run by the Tamil Nadu Tourism Board and two private clubs. The fee in these clubs differs widely as there is no regulation. The minimum fee starts at Rs 80 per head and goes on to Rs 200, depending on the boat size and type. A ride in the Shikara boat is charged Rs 500 or Rs 600. Pedalling and rowing boats can be hired for Rs 120 or Rs 180. Rowing boats also come with a charge for boatman.

“This disparity in fees among the clubs can be regulated by the Municipality as the lake belongs to it,” says V.S. Veerabhadran of Eco-friendly Environment Conservation Trust.

“Private boat clubs fleece tourists and don’t contribute to the upkeep of the lake. The municipality should exercise control over them. Due to this, boating in the Kodaikanal lake has become out of bounds for average tourists. The exorbitant rates have made boating exclusive for the elite.”

Locals also complain that Kodaikanal Boat and Rowing Club run by a board of elite members, including royal family descendants, has been violating taxes to the municipality. “The club was running on a leased land for 49 years and even after the lease ended last month, it continues to function without renewal. The club was once running a free ferry service for people living around the lake but that was also stopped five years ago, affecting residents of Keezhbhoomi area. The residents are forced to use the circuitous road around the lake even at evenings when Indian Gaurs lurk around,” says a long-time resident of Kodaikanal.

“Earlier, the toilets in the clubs were open to the public but of late that have also been made exclusive to only those who sign up for boat rides. These clubs in some way should give back to the lake for all the earnings they make from the facility. The Kodaikanal Boat and Rowing Club used to offer free edutainment programmes, including boat rides to school students periodically, which has also been stopped,” he added.

“Government departments, including TWAD Board, Fisheries, Highway department and Municipality have stakes in the lake. The lake has also become the heart of Kodaikanal town, which makes it all the more important to protect the heritage of the lake,” says Mr. Veerabhadran.

The Kodaikanal municipal Commissioner R. Murugesan said that the municipality had been taking steps to gradually regulate boating activities.

“The Kodaikanal Boat and Rowing Club had applied for renewal of the lease to the revenue department as the 49 year lease expired on August 31,2019. However, in accordance with the Government Order number 105 passed in 2009, the club should have applied for renewal to the Municipality, as the lake had been transferred to the control of municipality. The G.O. also has specified an income sharing ratio which the club has not adhered to. The Revenue Divisional Officer had sought my concurrence as per the G.O. guidelines to issue the renewal of lease to the club and I have recorded my objection,” he said.

“The G.O. states that a committee should be formed by the Collector to regulate activities and ensure upkeep of the lake. I have conveyed to the Collector about the issue of boating clubs violating income-sharing norms and licence renewal to Kodaikanal Boat and Rowing Club many times. The Collector shall take a decision suitably,” he added.