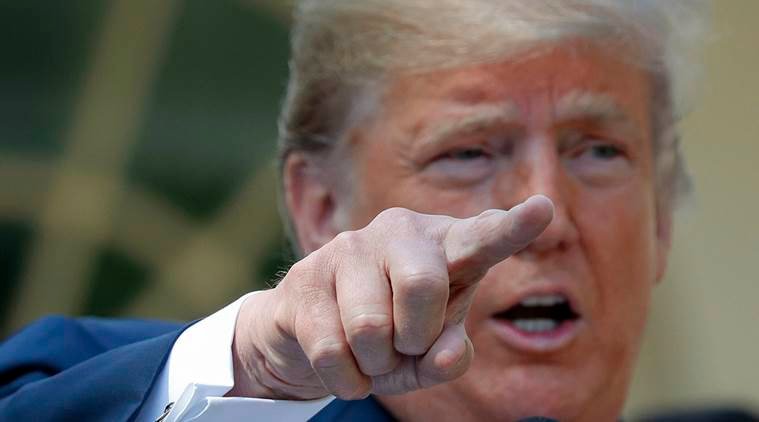 Trump says he is ‘comfortable’ as president despite political battles 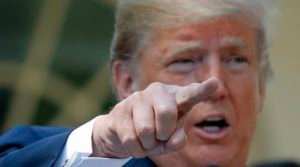 Washington : President Donald Trump points to a member of the media as he speaks during a news conference on trade between the United States, Canada, and Mexico, and the nomination of Brett Cavanaugh to the Supreme Court, in the Rose Garden of the White House, Monday, Oct. 1, 2018, in Washington. AP/PTI(AP10_2_2018_000029B)

President Donald Trump said in an interview broadcast on Sunday that he was “comfortable” in the White House after almost two years in office, despite political storms over immigration, tariffs and his nomination of Supreme Court Justice Brett Kavanaugh.

“It was a little surreal to say I’m the president of the United States, but I think that’s true with everybody,” Trump told the CBS television news program “60 Minutes.”

Brett Kavanaugh, President Donald Trump’s Supreme Court nominee, embraced the importance of judicial independence on Wednesday during his U.S. Senate confirmation hearing but sidestepped questions from Democrats about whether a president possesses…

“Even my friends, they don’t call me Donald, they call me Mr. President. And I say: ‘Will you please loosen up?’ I’ve learned on the job. I have.”

“Now I very much feel like POTUS,” Trump added, using the acronym for president of the United States.

The interview, in which Trump proved as eager as ever for verbal jousting on a range of issues, showed no sign he had any intention of abandoning his freewheeling, in-your-face persona as president.

Trump would not say whether he intended to return to the contentious policy of separating immigrant children from their families at the border, but gave no ground on what he saw as the need for tough policy.

The family separations and the detention of thousands of children, mostly from Guatemala, Honduras and El Salvador, prompted widespread condemnation of Trump’s policy. About 2,500 children and parents were separated before Trump abandoned the policy in June. Days later, a federal judge ordered the families reunited, a process that is still incomplete.

After a political brawl in the Senate over sexual misconduct allegations against his Supreme Court nominee Kavanaugh, Trump said his remarks at a Mississippi rally in which critics said he mocked accuser Christine Blasey Ford were necessary to win the confirmation fight.

“Had I not made that speech, we would not have won. I was just saying she didn’t seem to know anything,” Trump said. “And you’re trying to destroy a life of a man who has been extraordinary.”

He denied making fun of her, saying instead that he had treated her with respect.

“I’m not going to get into it because we won. It doesn’t matter. We won,” Trump said. Kavanaugh was confirmed by a 50-48 vote in the US Senate earlier this month.

A New York businessman whose upset 2016 victory against Democrat Hillary Clinton sent shock waves across the political world, Trump said he had discovered that the Washington political scene was even tougher than the business world.

“Washington, D.C. is a vicious, vicious place: the attacks, the bad-mouthing, the speaking behind your back. But you know, and in my way, I feel very comfortable here,” the president told CBS.