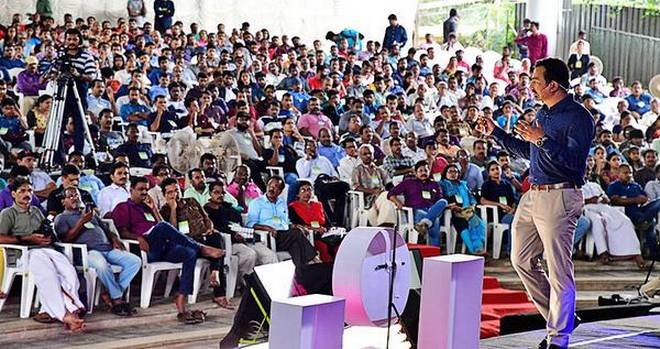 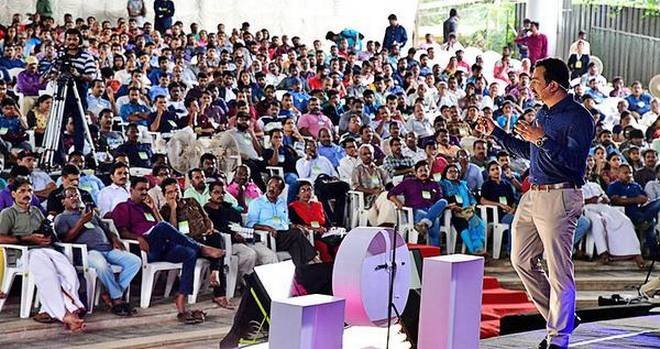 Rationalists urged to communicate their point of view to foster debates

Social relevance of education in India often gets marred by inadequacies in pedagogical approach, scientific thinker Vaisakhan Thampi has said.

Dr. Thampi likened the prevailing education system to a “tunnel with lower kindergarten (LKG) at one end and a degree course at the other”. “Despite viewing education as something that emboldens one to question regressive social tendencies, the current system is more or less a means to obtain a certificate that will fetch a job later on. Social barriers remain unopposed despite the high levels of education that exist,” he said.

He was speaking at a session during Litmus 2018, the second annual conference organised by ‘esSENSE’, a collective of free thinkers and rationalists here on Tuesday.

He said the society continued to be led by a certain set of illogical rules that were bereft of rationale thought. “We are all entitled to pursue careers of our choice, be they that of a scientist, teacher, politician or businessman. However, never are we permitted to choose our faith or if we wished to remain a freethinker. We are made to believe that our actions were viewed by a certain force,” he said.

Dr. Thampi also attributed the popular entertainment, several writings, and various teachings for the wide perception that existed in the society that women were inferior to men in every respects and were, therefore, labelled the weaker sex. Likewise, some people were portrayed to be superior to others by birth. The peculiar system of caste hierarchies continued to prevail in the society.

Pointing out that freethinking attitude was borne out of dilemma posed by conflicting perceptions, Dr. Thampi urged rationalists to effectively communicate their point of view to foster debates. “Rationalism must not be against believers, but for them. We do not have to wage a war to impress our views upon others,” he said.

The conference brought together 22 rationalist speakers, writers, thinkers and activists from across the country and abroad. The programme featured a wide range of topics including mob lynching, singularity and future of astronomy.