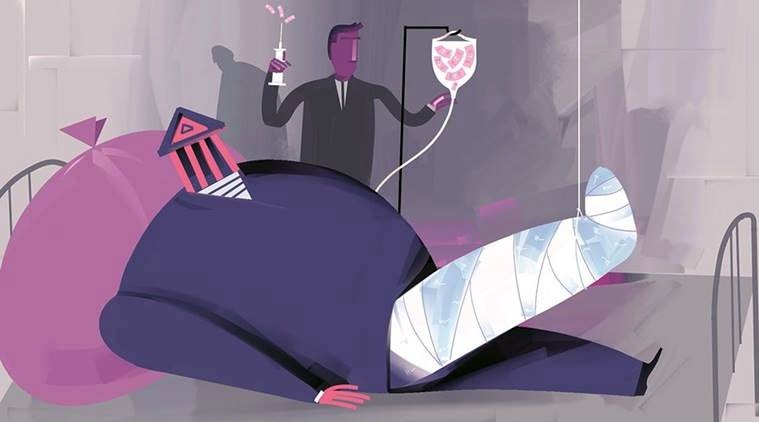 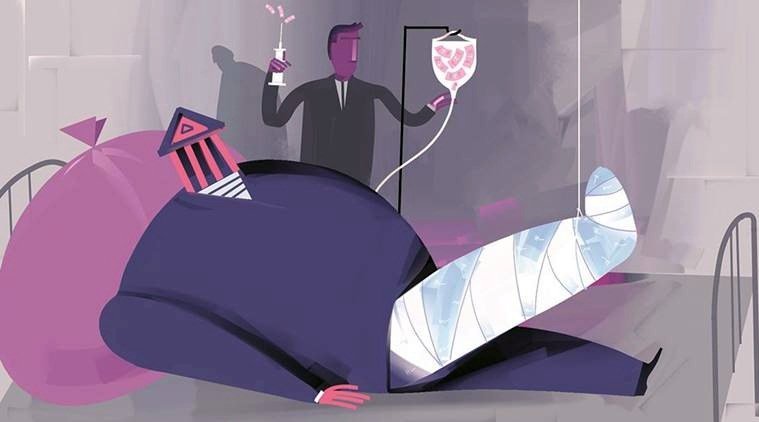 Between April 2014 and April 2018, the country’s 21 State-owned banks ended up writing off Rs 3,16,500 crore of loans even as they recovered Rs 44,900 crore written off on a cumulative basis — or less than one-seventh the write-off amount — according to RBI data.

The recovery takes place on the total cumulative write-off and not only on write-off for a specific period. To put this number in perspective, the amount of bad loans written off by public sector banks (PSBs) during the four-year period is well over twice the projected budgetary expenditure on health, education and social protection for 2018-19, at Rs 1.38 lakh crore. Further, from April 2014 to April 2018, the loans written off by the 21 PSBs were over 166 per cent of the amount in the 10 years till 2014.

According to data submitted by the central bank during its post-evidence reply before the parliamentary standing committee on finance, the recovery rate in PSBs during the four years to March-end 2018, at 14.2 per cent, is nearly three times higher than the 5 per cent for private banks. So, while the 21 PSBs account for around 70 per cent of the total banking assets, their contribution to bad loans is about 86 per cent of the total NPAs in India’s banking sector.

Even as the government has been trying to shore up PSB books through equity capital infusion and other measures, stressed assets have registered a steady rise since 2011. However, when it comes to NPAs, the growth was muted until 2014, followed by a dramatic rise since, particularly after 2015-16. This is because of the RBI undertaking an Asset Quality Review (AQR) of banks in 2014, which led to the recognition of many bank loans as NPAs, considered by banks as standard assets till then. So, while bad loans written off by PSBs between 2004 and 2014 added up to a little under Rs 1.9 lakh crore, more than half were waived off between 2013 and 2015.

In 2017, the RBI also constituted an Internal Advisory Committee to determine cases to be referred under the Insolvency and Bankruptcy Code (IBC), a platform for time-bound recovery of bad loans. Based on its recommendations, 41 accounts were identified in two tranches. Of the entire NPAs, 12 accounts, involving Rs 1.75 lakh crore approximately, have gone to the NCLT (National Company Law Tribunal) since June 2017.

This was extended to another 28-29 accounts in the second round, entailing an amount of Rs 90,000 crore.

According to a senior bank official, the decision to write off loans, either fully or partially, is a business decision taken by banks to clean up their balance sheets, based on various viability factors such as scope of up-gradation of an NPA asset into standard category, chances of recovery from such assets, market conditions, availability of security, and its valuation. At times, such decisions are taken keeping in view the available taxation benefits and also to manage the level of NPA ratios of banks.

In ‘Technically Written Off’ accounts, loans are written off from the bank books, without foregoing the right to recovery. Further, write-offs are generally carried out against accumulated provisions made for such loans. Once recovered, the provisions made for those loans flow back into the profit and loss account of banks. In case of technically written-off accounts, the recovery efforts “continue as usual”, an official said.