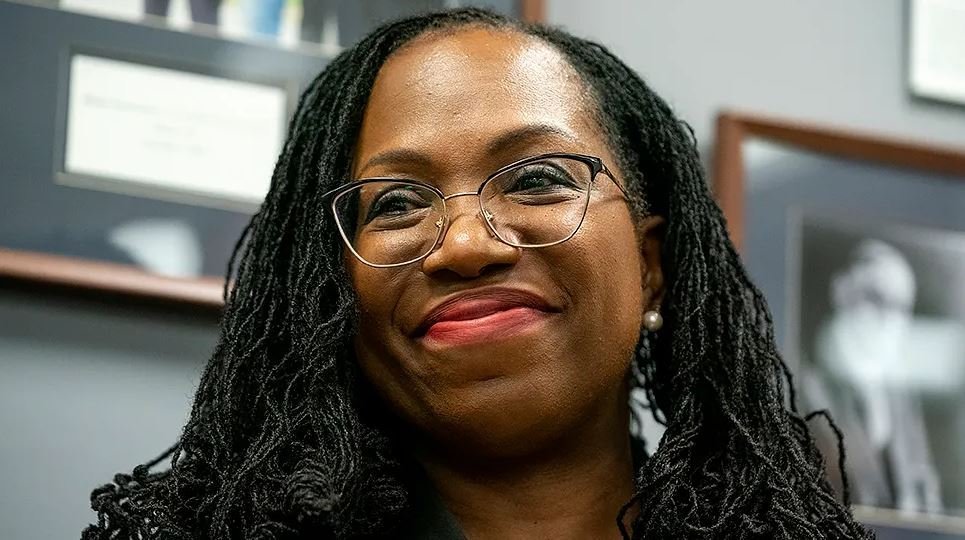 The Senate made history on Thursday when it confirmed Judge Ketanji Brown Jackson to the Supreme Court, handing President Biden a significant win.

Jackson’s ascension to the country’s highest court breaks multiple barriers: She will be the court’s first Black female justice and its first former public defender.

“In the 233-year history of the Supreme Court, never — never — has a Black woman held the title of ‘justice.’ Ketanji Brown Jackson will be the first, and I believe the first of more to come,” Schumer said.

Sen. Raphael Warnock (D-Ga.), one of three Black lawmakers in the Senate, acknowledged his own daughters in a speech shortly before Thursday’s vote, saying “the historic nature of [Jackon’s] appointment isn’t lost on me.”

“I know what it has taken for Judge Jackson to get to this moment, and nobody is going to steal my joy,” he said.

Underscoring the historic nature of the vote, Vice President Harris — who was the first female, first Black and first Asian American person to hold the No. 2 office — presided over the chamber’s confirmation of Jackson.

“I’m overjoyed, deeply moved. You know, there’s so much about what’s happening in the world now that is presenting some of the worst of … human behaviors and then we have a moment like this that I think reminds us that there is still so much yet to accomplish and that we can accomplish, including a day like today that is so historic and so important, for so many reasons,” Harris told reporters as she was leaving the Capitol.

More than a dozen Congressional Black Caucus members walked across the Capitol to the Senate chamber to watch the vote, before holding a celebratory press conference just off the Senate floor.

Senators also largely stood at their desk to vote, underscoring the significance of the vote, compared to a normally chatty Senate floor. But some Republicans, including Sen. Jim Inhofe (R-Okla.) and Lindsey Graham (R-S.C.), were spotted voting from a door at the back of the chamber because they were too casually dressed.

The vote was held open for several minutes as senators waited for Sen. Rand Paul (R-Ky.) to show up to vote, with many Republicans leaving rather than wait for him. Once Harris closed the vote on Jackson’s nomination, Democratic senators as well as Murkowski and Romney stood to give a standing ovation.

Jackson needs to be sworn in before she’s officially a justice on the Supreme Court. Justice Stephen Breyer, whom she is succeeding, has said he will step down over the summer, assuming his successor was in place.

But Thursday’s vote caps off a roughly 40-day sprint by the White House and Senate Democrats, who are eager to put their own stamp on the judiciary.

Jackson’s road to confirmation had a number of high-profile tense moments, including Republicans attacking her sentencing in certain child pornography cases, portraying her as soft on crime, questioning her work tied to the Guantánamo Bay detention facility and arguing that she would be a “judicial activist.”

“I see hallmarks of judicial activism in Judge Jackson’s record and will vote ‘no,’” Senate Minority Leader Mitch McConnell (R-Ky.) said. “We’re about to have a new Justice whose fan club has openly attacked the rule of law. So Judge Jackson will quickly face a fork in the road. One approach to her new job would delight the far left. A different approach would honor the separation of powers and the Constitution.”

Republicans held a final press conference shortly before the vote to make their case against Jackson.

“I believe she will prove to be the furthest left of any justice to have ever served on the Supreme Court, based on her record,” said Sen. Ted Cruz (R-Texas).

How to watch four private astronauts launch to space on Friday