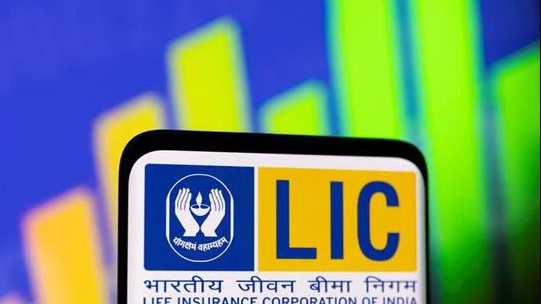 NEW DELHI: Even as the finance ministry is keeping an eye on global market conditions and whether they warrant deferring the initial share sale of the state-run Life Insurance Corporation (LIC), it is firming up a long-term, five-year plan to divest up to 25% of its equity in the firm, two officials familiar with the matter said on condition of anonymity. That may mean the initial share sale of 5% being followed up with a so-called FPO or follow-on public offer of 5-10% more within a year, they added.

Wide participation of policyholders, employees, retail investors and financial institutions will enhance transparency and efficiency in managing affairs of LIC, in which the government will always hold the majority stake and exercise management control, the two people confirmed, speaking on condition of anonymity.

“After the IPO, which has been scheduled this month, government may gradually reduce its shareholding in LIC depending on its disinvestment targets and market appetite. The size and the timing of such offerings cannot be decided in advance,” one of the two said.

The FPO could come sometime in 2023-24, he added. The government on February 13 filed the draft red herring prospectus (DRHP) to sell 5% of its equity stake in LIC in March while allowing participation of all types of institutional and retail investors, including LIC policyholders and employees.

A second person said, “As on now, there is no change in the LIC IPO schedule because of Russia-Ukraine crisis, but the issue could be postponed if market so warrants and experts so advise. The objective is clear, we have to maximise value for both the government and its potential shareholders.”

Finance minister Nirmala Sitharaman said in an interview with Business Line on Wednesday that the government may take another look at the timing of LIC’s initial share sale. “Ideally, I’d like to go ahead with it, because it is something we’ve planned for some time purely based on Indian considerations. But now, if global considerations warrant that I need to look at it, I wouldn’t mind looking at it again,” she said.

Experts say that the IPO can be launched and closed within the March 31 deadline if target is only domestic investors. “We should wait for the Ukraine situation to stabilise before launching the IPO. The situation may take 2-3 weeks to stabilise post which the GOI [Government of India] can reach out to investors for valuation feelers. If we consider only domestic factors, then the LIC IPO can go through by March 31,” said Arun Malhotra, founding partner and portfolio manager at CapGrow Capital Advisors.

S Ravi, former chairman of BSE and founder & managing partner of Ravi Rajan & Co LLP said: “Today we live in a connected world and the possibility of this war having an impact on the IPO may be there. But I think that LIC and the Indian government will make sure that this goes through without glitches.”

“Challenging global market scenario creates concerns amongst the investors and they may adopt a cautious approach to this IPO,” he added.

Ravi does not, however, see the FPO happening in the near future as “this is a very important investment vehicle for the government and proper strategic plans need to be laid out, before its execution”.

The union cabinet, in a meeting chaired by Prime Minister Narendra Modi on Saturday allowed up to 20% foreign direct investment (FDI) in LIC under the automatic route, paving way for participation of overseas funds in one of the country’s biggest IPOs. According to analysts, the value of the IPO is estimated to be around ₹65,000 crore. The company’s embedded value is pegged at ₹5.4 lakh crore. While the DRHP does not disclose the market valuation of LIC, experts say that it could be about ₹16 lakh crore.