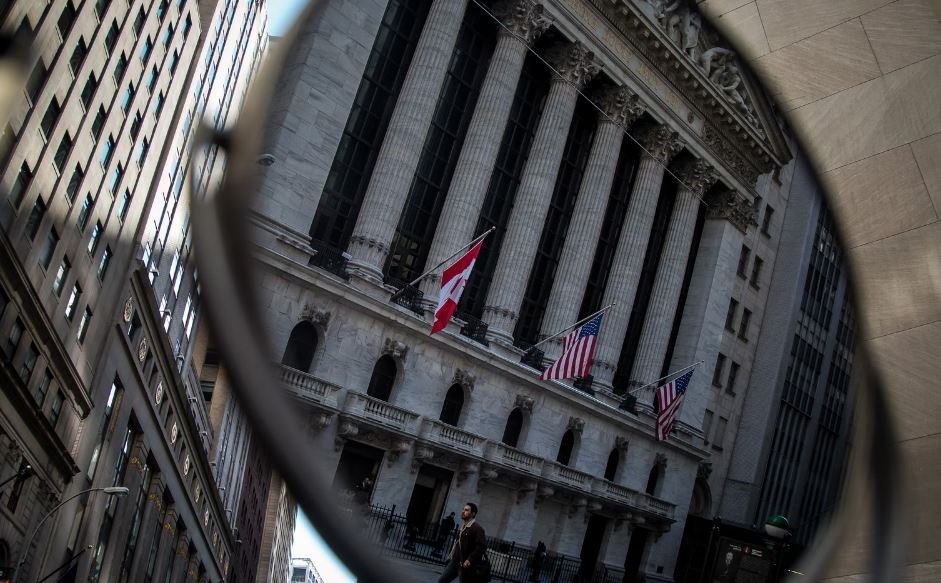 “A PURE SIDESHOW”: NOW MORE THAN EVER, THE STOCK MARKET DOESN’T MATTER

Whether stocks plunge, which they might, or go back up or just head sideways, it’s irrelevant for almost all of us.

THE STOCK PRICE of Meta (i.e., Facebook) plunged 27 percent in one day last week! The S&P 500 is veering into correction territory! The ballyhooed ARK Innovation ETF, made up of dozens of tech stocks, has plummeted 50 percent in the last year!

You’re supposed to feel anxious about this, even if you don’t know what those words mean. The U.S. media constantly screeches at us about the stock market: It’s up, it’s down, it’s sideways, it’s sprouted bright rainbow-colored plumage. Whatever happened in the stock market on any given day often leads the evening news. There’s a stock ticker running constantly at the bottom of the screen on many cable news shows. Times Square has a ticker that movies use for New York City establishing shots almost as often as the Statue of Liberty or the Empire State Building. And obviously the stock market going up is portrayed as an unmitigated good, while declines are disastrous.

This means there are probably more ominous headlines coming, because even after its recent fall, the stock market remains significantly overvalued.

THE MOST COMMON way to measure whether stocks are undervalued or overvalued is their price-to-earnings, or P/E, ratio. Price is the dollar cost per share, and earnings are the company’s net proceeds per share.

There are slightly different ways of figuring P/E, and many different stock indices. But one widely used P/E ratio calculation for the S&P 500 shows it’s currently about 25. This means that for every $100 in price for the stocks on the index, the companies are accruing $4 in earnings. But the median historical P/E ratio for the S&P is far lower, about 15. In other words, if earnings levels stay the same, the S&P would have to fall 40 percent from where it is now to be priced normally.

The cost of famous individual stocks appears even more out of whack. As of today, Microsoft’s P/E ratio is about 32. Amazon’s is 49. Tesla’s is an eye-bulging 186.

After the stock market bubble of the late 1990s or the housing bubble of the 2000s — or for that matter, the Dutch tulip bubble of the 1600s — you’d think we’d have learned our lesson about financial bubbles. They feel great on the way up, and with stock market bubbles in particular, people have some vague sense that this means good things about the overall economy in the future. But bubbles do not represent real wealth, and the high never lasts.

In theory, stock prices represent the future value of after-tax corporate profit. That’s all. And the higher corporate profits move, the less money there is to pay wages. So higher stock prices can represent a greater level of corporate power and less for workers trying to exact better pay from their employers. Likewise, as Dean Baker, senior economist at the Center for Economics and Policy Research, points out, “If we cut corporate taxes, and offset the cut with an increase in taxes on ordinary workers, that should make the stock market go up, but there is no reason to think this move would lead to more rapid economic growth.” (I briefly worked for Baker long ago.)

In other words, profits and hence stock prices are, as much as anything else, a measure of the balance of power in society. The famed 18th-century economist Adam Smith — so popular on the right that White House staffers in the Reagan administration wore ties with pictures of him — explicitly explained this in his book “The Wealth of Nations”: “The rate of profit does not, like rent and wages, rise with the prosperity, and fall with the declension of society. On the contrary, it is naturally low in rich, and high in poor countries, and it is always highest in the countries which are going fastest to ruin.”

So unless you’re C-suite executive with tons of stock (or are nearing retirement age and have made extremely risky decisions with your savings), a stock market plunge generally won’t be bad for you. And it also probably wouldn’t be good for you. “If you don’t have much wealth,” says Josh Bivens, director of research at the liberal Economic Policy Institute, the stock market is “a pure sideshow for your own economic circumstance.”

Meanwhile, the top 10 percent have 84 percent of all stocks. The top 1 percent of households alone have 38 percent of stocks.

Given these numbers, stock ownership by race is about what you’d expect. African Americans make up 14 percent of households but have just 3 percent of stock wealth.

Some older members of the upper-middle class are often upset by anyone saying the stock market doesn’t matter, because they’re counting on selling their own stock holdings to finance their retirement. But this is exactly why all financial advisers recommend that everyone but the ultra-rich gradually reduce any stock holdings as they age, replacing the stocks with bonds that may have lower returns but won’t lose value in a stock crash. The long run-up in stock prices over the past several decades has made many people believe they can get the higher possible returns in the stock market without real downside risk. But they can’t.

While few people care about it, there’s also the moral quandary of retiring by selling stocks when they’re overpriced. Perhaps you can successfully offload such stocks to younger people before prices fall. But this would essentially entail scamming all your buyers.

But what about younger members of the upper-middle class, who probably are heavily invested in the stock market? A stock plunge would make them feel poorer for a while, but in the long run they’d be better off with a cheaper market. Regular contributions they’re making into a 401(k) plan, for instance, will buy more stock for the same amount of money. This is exactly analogous to home prices. Overpriced homes are good for older people who already own a house, as long as they can sell before prices fall — but terrible for young people who don’t own a home and would benefit from lower prices.

THERE’S A MORE complicated aspect of the stock market, one understood by almost no one in the U.S.

For a society to thrive and improve, businesses need to continually spend money on investments: new factories, new equipment, research and development, etc.

Most Americans have an inchoate, general sense that higher stock prices make companies more willing and able to make such investments. But in fact, stock prices have little or no relationship to corporate investments, either in theory or reality.

The key fact here is that corporations don’t own their stock; hence an increase in their stock price doesn’t make the company itself richer, just its stockholders. Corporations can raise money to get going via an initial public offering, and that has been important for some technology companies. But that’s generally it.

You might imagine that companies raise money from time to time by issuing new stock. The truth, however, is exactly the opposite. According to the Federal Reserve, corporations have bought and retired an incredible $6.8 trillion more of their stock over the past 25 years than they have issued new stock. The companies generally do this to please their stockholders (including their own executives), since it raises the price of the remaining stock. But it means the stock market has been a gigantic drain on corporate treasuries, rather than filling them.

Where, then, do companies get the cash for investments? The answer’s simple: from the money they make selling their products (with a bit added from borrowing).

The empirical reality of this can be seen in two graphs created by Doug Henwood, the host of KPFA’s “Behind the News” and author of “Wall Street: How It Works and for Whom.”

First, we can see how closely increases in internal corporate funds mirror corporate capital expenditures. When companies have more money, they spend more on investments to increase productivity.

Next there’s the change in the value of the stock market versus the level of corporate investment. As Henwood puts it, “When the great bull market began in 1982, which we could call the onset of the neoliberal era, the market value of the stock of nonfinancial corporations was 35 percent of GDP and their capital expenditures (capex) were 10 percent of GDP. Almost 40 years later, in 2021, the market value of stock was 167 percent of GDP and capex, 10 percent.” Notably, corporate investments were highest as a share of the economy in the late 1970s and early ’80s, when the stock market’s value was far, far lower as a percentage of the overall economy.

When you add it all up, the vast difference between the stock market’s significance for Americans, and our cultural obsession with it, is bizarre. It’s as though the only weather reports we ever got were about the temperature and precipitation in Greenwich, Connecticut. We need to stop worrying about those people — and start paying attention to the weather where we live.