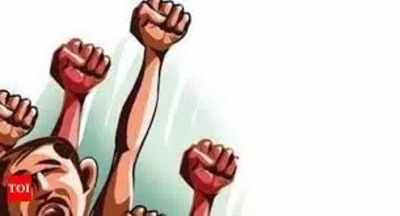 MADURAI: The American College in Madurai postponed semester exams — scheduled to begin offline on the campus on Monday — for two weeks after students staged a protest demanding the conduct of the same in online mode as well.

The city college, which is affiliated to Madurai Kamaraj University and is autonomous, was to conduct semester exams for second and third year UG and PG students starting Monday.

More than 500 students staged a protest in front of the district collectorate. The protesters said offline classes on the campus had started to be held only recently and that when classes were still happening in online mode as well, it was fair that the exams be conducted online too.

The protesters dispersed when the college authorities announced that they were postponing the semester exams for two weeks.