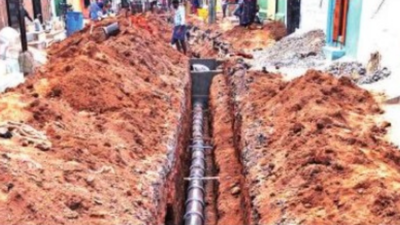 MADURAI: With more than Rs 300 crore pending in various taxes, the Madurai Corporation has decided to intensify tax collection in the coming days.

Taxes collected by the corporations include property, SUC (for sewage maintenance), vacant land, water, professional etc. The annual income to the civic body through taxes is estimated to be about Rs 201 crore, of which property tax amounts to a large portion of about Rs 97 crore.

But, now it is estimated that the pending dues in taxes to the civic body amounts to about Rs 379 crore from April 2020 till date in 2021. The pending dues are estimated to be Rs 22.49 crore this financial year alone. Hence, the corporation has decided to identify the evaders and make them pay their taxes on time.

Special camps conducted for tax collection last year received a lukewarm response as the corporation was able to collect nearly 56% of its pending dues in taxes. Now, the assistant commissioners of the four zones of the civic body have been asked to intensify collection and the employees have been given training on the same.

Sources said that this year too the civic body would conduct special camps to intensify the collections. But, the problem the civic body faces if from people and establishments whose dues are pending for many decades and who have never come forward to pay. Covid added to the woes with even regular tax payers not paying up in time.

Corporation commissioner Dr K P Karthikeyan said that they were training and using the existing staff to collect taxes. “The problems that the civic body is facing in terms of collecting taxes, was manifold. We are sorting them out one by one,” he added.

Education loan mela to be held in Madurai