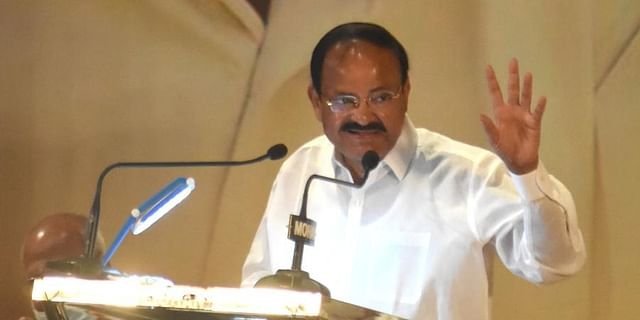 India says Arunachal Pradesh is its integral and inalienable part and Indian leaders visit the state from time to time, as they visit other parts of the country.

BEIJING: China on Wednesday objected to the recent visit of Vice President Venkaiah Naidu to Arunachal Pradesh, saying that it is firmly opposed to the Indian leader’s visit to the state as it has never recognised it.

Naidu visited Arunachal Pradesh on October 9 and addressed a special session of the state assembly during which he said the visible transformation of the northeast is a clear evidence of resurgence in the region”s pace of development which remained neglected for decades.

India says Arunachal Pradesh is its integral and inalienable part and Indian leaders visit the state from time to time, as they visit other parts of the country.

Replying to a question from the official media about Naidu’s visit to Arunachal Pradesh at a media briefing here, Chinese Foreign Ministry spokesman Zhao Lijian said China has never recognised the state.

“China’s position on the boundary issue is consistent and clear. The Chinese government has never recognised the so-called Arunachal Pradesh established unilaterally and illegally by the Indian side and is firmly opposed to the Indian leader”s visit to the area concerned,” Zhao said.

“We urge the Indian side to earnestly respect China’s major concerns, stop taking any action that would complicate and expand the boundary issue and refrain from undermining mutual trust and bilateral relations,” he said.

“It should instead take real concrete actions to maintain peace and stability in the China-India border areas and help bring the bilateral relations back on to the track of sound and steady development,” the spokesman added.

India has maintained that it was necessary to resolve the remaining issues along the Line of Actual Control (LAC) in eastern Ladakh for progress in the bilateral relations.

The Chinese foreign ministry spokesman’s remarks on Wednesday came days after India and China failed to make any headway in resolving the 17-month standoff in the remaining friction points in eastern Ladakh.

The border standoff between the Indian and Chinese militaries erupted on May 5 last year in eastern Ladakh following a violent clash in the Pangong lake area.

As a result of a series of military and diplomatic talks, the two sides completed the disengagement process in the Gogra area last month.

In February, the two sides completed the withdrawal of troops and weapons from the north and south banks of the Pangong lake in line with an agreement on disengagement.

Churches in Madurai reopen after over 5 months, see heavy footfal