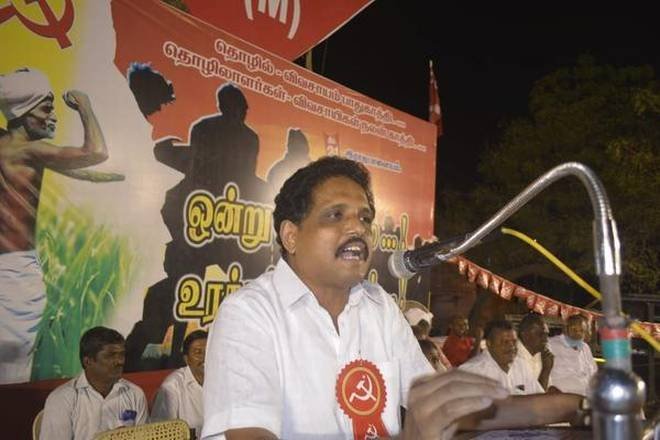 Mr. Venkatesan sought the Railway Minister’s intervention in stopping Southern Railway from filling 51 vacancies of ALPs from out of Gorakhpur panel

Madurai MP Su. Venkatesan has raised objection to Indian Railways filling up 51 vaccines to the posts of assistant loco pilots (ALPs) in Southern Railway with candidates selected through Railway Recruitment Board (RRB) of North Eastern Railway.

In a letter addressed to Union Railway Minister, Ashwini Vaishnaw, Mr. Venkatesan said the move has been made even as over 60 candidates were waiting in stand by panel of RRB, Chennai.

As per rules, vacancies notified for Southern Railway should be filled by candidates only from that particular zone. Besides, this move would disturb the democratic atmosphere in a country with different nationalities.

In the category of technicians in Southern Railway, 60% vacancies have already been taken up by candidates who wrote exam in Hindi and 13% post of ALPs have gone to Hindi speaking candidates as per the statement of the Railway Minister.

“Bringing 51 candidates from Gorakhpur to Southern Railway in ALP category will definitely ignite the fire of an ill feeling among south Indians apart from affecting the employment opportunities of standby candidates in RRB, Chennai,” the Communist Party of India (Marxist) leader said.

He also drew the attention of the Union Minister to the fact that the cut off marks of the Gorakhpur candidates were incidentally lower than that of the stand by candidates in southern railway.

Recently, two candidates in electrical category II and one candidate in mechanical category I were placed in the replacement panel from the stand by panel and given appointment in Southern Railway on August 10.

Mr. Venkatesan sought the Railway Minister’s intervention in stopping Southern Railway from filling 51 vacancies of ALPs from out of Gorakhpur panel.

Meanwhile, Dakshin Railway Employees’ Union has condemned the move of filling up vacancies in Southern Railway from outside the railway.

Its Madurai divisional secretary, R. Sankaranarayanan, said that Railway was violating its own rules and it was illegal. It would deprive local candidates of their employment opportunity, he said.