The chief minister later left for the state Secretariat to take a pledge alongside government officials affirming that they will follow Periyar’s ideology which is based on social justice, self-respect, rationalism and equality 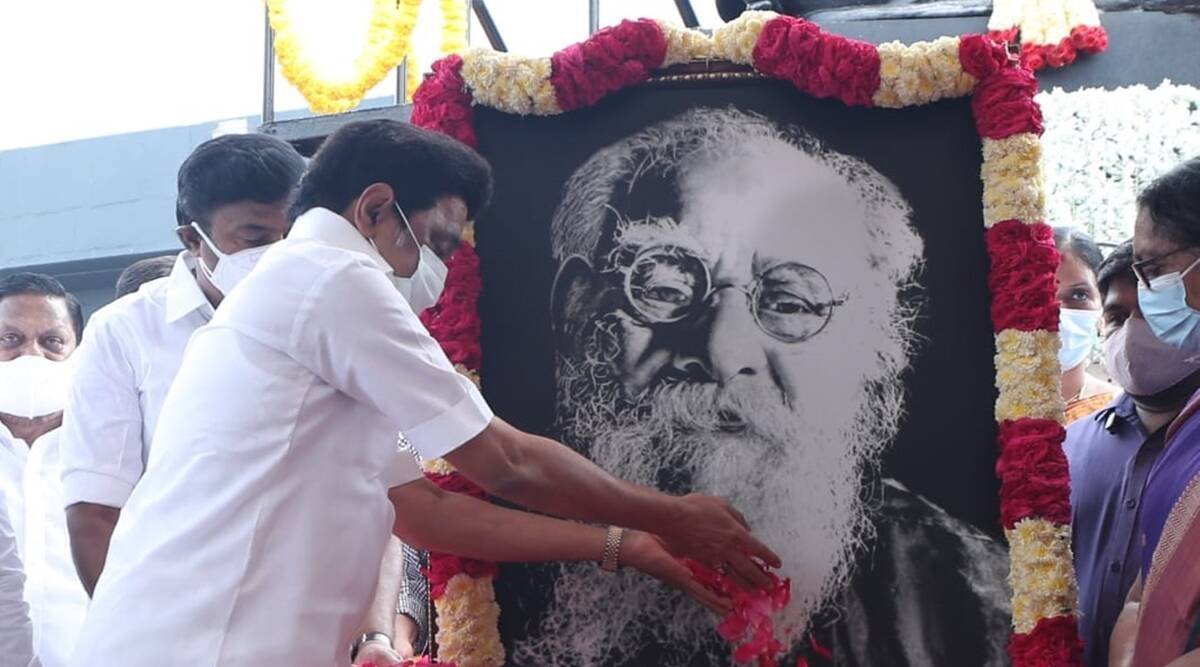 The chief minister said Periyar laid the foundation for the growth of Tamil society in the last century and his teachings will continue to pave the way for the future.

He later left for the state Secretariat to take a pledge alongside government officials affirming that they will follow the social reformer’s ideology which is based on social justice, self-respect, rationalism and equality.

On Thursday, Stalin said a committee comprising bureaucrats, educationists and legal experts would be formed to monitor whether social justice is duly followed in employment, education, postings, promotions and appointments. Two weeks ago, the CM had announced in the Assembly that Periyar’s birth anniversary on September 17 will be observed as Social Justice Day every year to propagate his egalitarian principles.

Meanwhile, BJP functionaries in the state celebrated the 71st birthday of Prime Minister Narendra Modi. Union Minister of State for Information and Broadcasting L Murugan, BJP state president K Annamalai and other senior functionaries marked the occasion in Chennai by cutting a cake. Annamalai took to Twitter and said the party kicked off the celebrations by cleaning the beach near Tiruvanmiyur in Chennai.