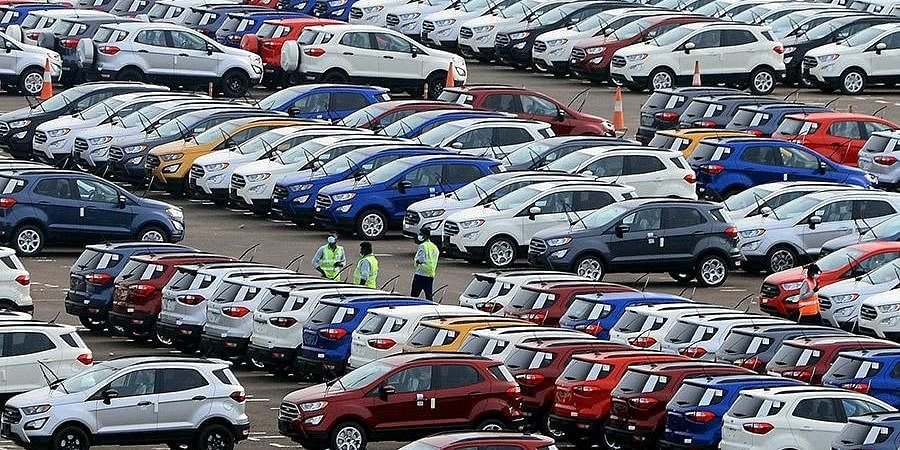 While official sources confirmed the meeting, they refused to divulge any further details, saying it was an internal meeting.

CHENNAI: Chief Minister MK Stalin on Tuesday held discussions with Industries Minister Thangam Thennarasu over Ford India’s announcement to shut down its operations at Marimalai Nagar plant, and the impact of this move on the employees.

While official sources confirmed the meeting, they refused to divulge any further details saying it was an internal meeting. This was the first time the State government held a high level discussion over the issue. The meeting came after Ford India management held a second round of discussions with Chennai Ford Employees Union and rejected the Union’s demand to transfer the employees to another production unit. The management said currently there were no buyers for Ford’s assets and the Union’s demand urging Ford to include the clause of transfer of employees to any company where it plans to sell its assets doesn’t arise.

The Union, meanwhile, has put forth fresh demands. This included extending the wage contract of the employees which will come to an end in March 2022. “We want it to be extended till June 2022 when they will shut down their operations. The company is yet to respond to our demand,” said the Union General Secretary Senthil Kumar.

Kumar said the company will be manufacturing 30,000 Ecosport vehicles from the plant in the next three months. “The work, which was stuck for the last one week, resumed around 2 pm. We will be assembling around 100 vehicles. It is a ‘No Production Day’ on Wednesday and the work will resume on Thursday,” he said.

Meanwhile, Centre of Indian Trade Unions (CITU) staged a protest in front of the Ford India premises on Tuesday evening. The protest was held without police permission. “The protests have nothing to do with our Union. They are workers from the ancillary units,” said Kumar. However, CITU president of Tamil Nadu chapter A Soundarrajan told TNIE that Ford workers also participated in the protest. “As per Industrial Disputes Act, any company which hires more than 100 employees should seek permission from the State government before closing down its plant. We have urged the government not to give them permission,” he said.

“They have availed all the facilities from the State, including land and tax waiver. If Ford shuts down, the entire economy will be impacted. More than one lakh livelihoods are at stake and the State will lose Rs 2,400 crore as salaries to workers alone,” he said.

‘Kamarajar Port could be affected’

The shutting down of Ford India operations in Chennai could also impact the Kamarajar Port which hopes the volume of Ford cars that it used to handle would be replaced by a new Original Equipment Manufacturer (OEM). “Kamarajar Port handles a volume of 2 lakh vehicles per year of which 60,000 pertain to Ford India (as per 2019-2020 figures). This is 30 per cent of our vehicle exports,” says Kamarajar Port chairman Sunil Paliwal.

However, Paliwal said the port was exploring new opportunities to tide over the impact. “We have already entered into long term agreements with Isuzu and Diamler. There are also some possibilities we are looking at which are likely to fructify before December and if that happens, the new OEM will compensate for what we are losing from Ford,” he said.

To a query on whether it is any OEM which is likely to takeover Ford, Paliwal said it was unlikely as any new player coming in will take time to sign the new deal. “It will be a bonus as and when it happens,” he says. “The same volume which Ford was doing in 2019-2020 will be replaced by a new OEM by December 2021. The new OEM has given their requirements. We are working out technical details,” said Paliwal.

Meanwhile, AIADMK coordinator O Panneerselvam sought the intervention of the Chief Minister in the issue as thousands of workers and allied industries would be affected by this move.

Panneerselvam, in a statement here, said due to the decision of Ford company, 4,000 employees who are getting direct employment and 40,000 workers who have been getting indirect employment besides MSME industries which supply auto parts to the Ford company would be affected.

“The State government has the duty and responsibility to prevent the closure of this company. The Chief Minister should hold talks with the company and the workers to ensure the continuance of this company,” he added.