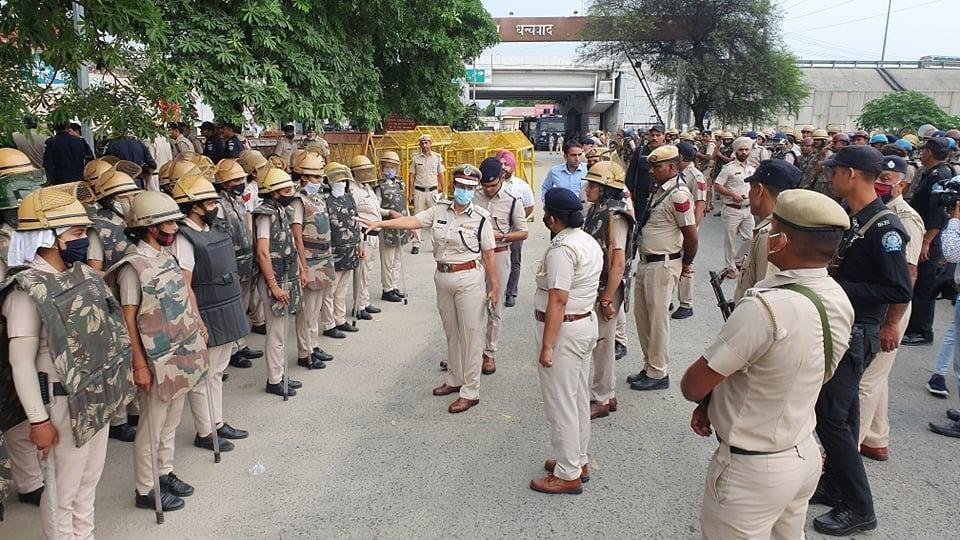 Massive Security As Farmers Plan To Block Mini-Secretariat In Haryana

Kisan Mahapanchayat Karnal: There is heavy deployment of Haryana Police as well as central forces in Karnal, while security forces in adequate strength have also been deployed at the new Anaj Mandi in Karnal where farmers will meet and plan to move towards the mini-secretariat, they said.

Ahead Of Farmers’ Meet, Heavy Security In Haryana’s Karnal