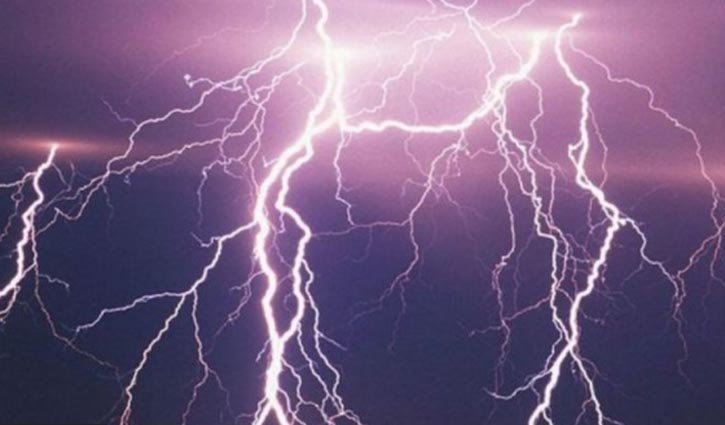 UP lightning strike: Thirty-seven of these deaths were reported in Uttar Pradesh, where Prayagraj alone reported 14 casualties.

At least 60 people have been killed by lightning in Uttar Pradesh and Rajasthan as parts of these states witnessed scattered rainfall on Sunday. Eleven of them died while taking selfies in front of a 12th century fort in the Rajasthan capital.

Prime Minister Narendra Modi has expressed his deepest condolences over the deaths – his office has announced compensation from the PM relief fund for the families of those killed. The state governments in Rajasthan and Uttar Pradesh have also announced compensations of ₹ 5 lakh each to the affected families in the respective states.

“As per info available, 41 people died due to lightning strikes across 16 districts, 30 injured. ₹ 4 Lakhs ex-gratia each will be provided to kin of the deceased. All the injured will get proper medical treatment. 250 animals died, 20 injured,” UP Relief Commissioner Ranvir Prasad was quoted as saying by news agency ANI.

Prime Minister Narendra Modi’s office said on Twitter that it has released funds from the PM relief fund to the affected families in Uttar Pradesh and Rajasthan.

Chief Minister Yogi Adityanath has announced a compensation of ₹ 5 lakh each to the family of those killed. The state government announced that financial help will also be provided to those who lost their livestock in rain-related incidents.

In Rajasthan, a visit to Amer Fort near Jaipur turned fatal for eleven as lightning struck them while taking a selfie on top of a watch tower in front of the 12th century monument. The lightning strike – captured on mobile cameras – was so powerful that dozens of people panicked and jumped off the watch tower. A number of them sustained injuries, according to reports. Twenty-seven people are reported to have been on the watch tower and the fort wall when the incident happened.

Apart from the incident at Amer Fort, nine more casualties by lightning were reported from across the state on Sunday. Seven of those killed were children.

The Southwest Monsoon has reached almost all parts of the country but has stayed away from parts of north India. It is yet to reach Delhi, and neighbouring states of Haryana, parts of west Uttar Pradesh and west Rajasthan.

“The conditions continue to remain favourable for further advance of southwest monsoon over Delhi, remaining parts of west Uttar Pradesh, some more parts of Punjab, Haryana and Rajasthan during the next 24 hours,” the IMD said in its latest statement.

The prediction came after several instances this season when the weather department got its monsoon forecast for Delhi and nearby regions wrong, leaving the area high and dry.

Experts point out that the difficulty in predicting the outcomes of the interactions between the easterly and westerly winds were some of the major reasons behind the IMD’s monsoon forecast for parts of north India going haywire.