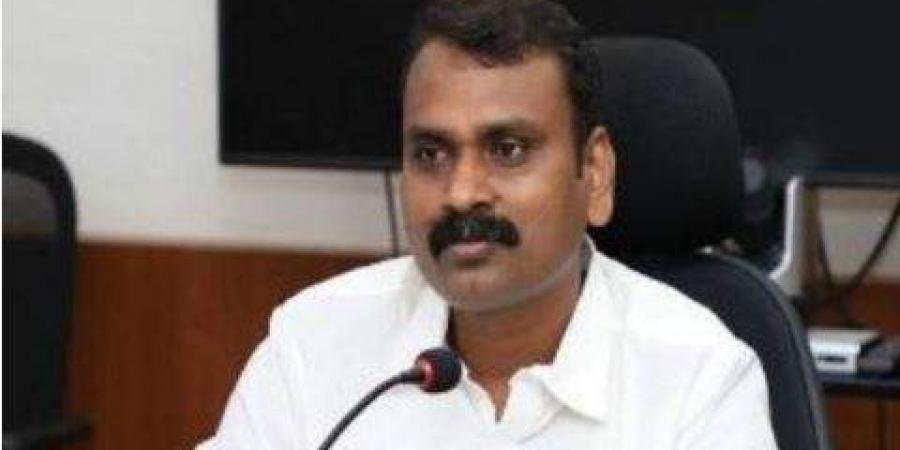 Says Union Minister L Murugan, adding that he will be the bridge between State and Centre

CHENNAI: Union Minister of State for Fisheries, Animal Husbandry, and Dairies, L Murugan, on Thursday formally commenced his works at his office and promised to work for the welfare of Tamil Nadu fishermen and as a bridge between the State government and the Central government.

Answering queries of media persons after commencing works at his office in New Delhi, Murugan said: “By giving representation to Tamil Nadu in the Union Cabinet, Prime Minister Narendra Modi and Union Home Minister Amit Shah has given a big recognition to the State. I will function as a bridge between the Tamil Nadu government and the Central government and work for the betterment of the State.”

Asked about the long-standing demands of fishermen from Tamil Nadu, including permission to undertake deep-sea fishing and modern equipment to guide their boats mid-sea, Murugan said: “My department will look into these demands; this department is here to look after the welfare of the fishermen. Tamil Nadu has huge fisheries resources spread along 700 km. Already, many schemes have been announced under Atmanirbhar Bharat.”
On the attacks on Tamil Nadu fishermen mid-sea, the minister said: “After 2014, attacks on fishermen have almost come to zero due to steps taken by Prime Minister Narendra Modi.” When, however, a scribe pointed out that attacks on Tamil fishermen continued and that their belongings had been damaged, Murugan said: “Attacks on fishermen have come down drastically. The Union government would take steps to prevent such attacks.”

To a question as to whether his department would take steps to retrieve Katchatheevu, the minister said: “The island was given away by the DMK. Let’s discuss it another day.” On whether he would continue as President of the Tamil Nadu unit of the BJP (as the saffron party followed a one person-one post policy), Murugan said: “Our party high command will take a decision on this soon.”

Chief Minister MK Stalin congratulated Murugan over telephone and said that his works must benefit Tamil Nadu. Thanking him, Murugan assured that he would extend his full cooperation to the State government. Leader of the Opposition in the State Assembly, Edappadi K Palaniswami also greeted Murugan.