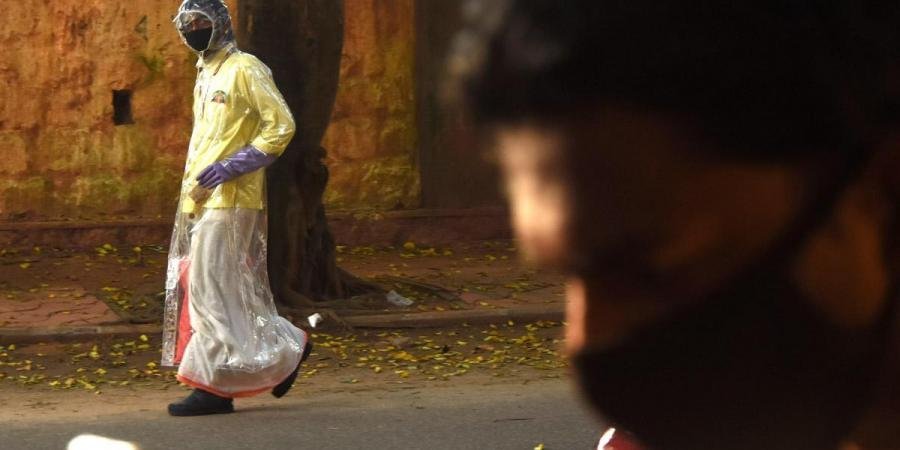 Madurai to impose Rs 200 fine on those not wearing masks

A press release issued by the Madurai district collector reminded the people that the curfew has been extended till March 31 in Tamil Nadu.

MADURAI: The Madurai district administration on Tuesday has ordered the imposition of a fine of Rs 200 on those not wearing masks in public places.

A press release issued by the Madurai district collector reminded the people that the curfew has been extended till March 31 in Tamil Nadu.

“As the second wave of COVID-19 is likely to form in Madurai, The Madurai district administration has ordered to impose a fine of 200 rupees on those who do not wear masks in public places,” read the press release.

“Various preventive measures are being taken in the interest of the public to prevent the spread of COVID-19 in the Madurai district. The curfew has been extended till March 31 with various relaxations to curb the spread of corona infection,” further read the press release.

The official statement informed that corona infections are most prevalent in states like Maharashtra and Kerala due to which the state government has again implemented the e-pass procedure for persons coming to Tamil Nadu from these states.

“Medical experts say that corona infection is likely to cause a second wave. The public is therefore urged to understand the honest intentions of the state and to wear a face mask, wash their hands often and follow social distancing. It is also strictly forbidden to go to crowded places and to avoid going to crowded places. The general public needs to follow the above steps carefully and strictly,” said the release.

The district administration also said that the health, police, local, corporation, municipal and revenue officials have been advised to detect non-compliance with the social distancing norms in public places and impose fines.

PM Modi to travel to Bangladesh on March 26, his first visit abroad in 15 months