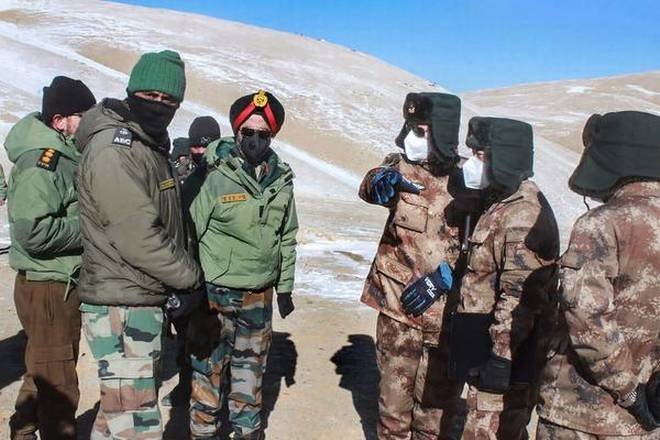 Indian and Chinese troops during the disengagement process from the banks of Pangong lake area in Eastern Ladakh recently.

India’s External Affairs Minister S. Jaishankar and his Chinese counterpart Wang Yi, during Thursday’s phone call, agreed to establish a hotline, as both sides stressed the importance of “timely” communication in the wake of last year’s border crisis.

A statement from the Ministry of External Affairs said that during the call, the ministers “agreed to remain in touch and establish a hotline.”

The Chinese Foreign Ministry, in a separate statement, said both sides agreed to set up a communication hotline to exchange opinions in a timely manner. This hotline will be in addition to the military hotline between Indian Army’s Director General of Military Operations (DGMO) and China’s Western Theatre Command. Indian Army Chief General Manoj Naravane said in January last year the proposal for the military hotline, which had been mired in bureaucratic delays for years, had been accepted by both sides after all procedural issues were resolved.

During the 75 minute-call on Thursday, the two ministers “discussed the situation along the LAC in eastern Ladakh and also issues related to overall India-China relations”, the MEA said.

Mr. Jaishankar reiterated India’s concern, expressed when the two ministers met in September last year, on the “provocative behaviour and unilateral attempts of the Chinese side to alter status quo.” “He noted that the bilateral relations have been impacted severely over last year,” the statement said, adding that he said “the boundary question may take time to resolve but disturbance of peace and tranquility including by violence, will inevitably have a damaging impact on the relationship.”

He stressed that restoring normalcy would first require disengagement and deescalation. “It was necessary to disengage at all friction points in order to contemplate de-escalation of forces in this sector,” the MEA quoted him as saying. “That alone will lead to the restoration of peace and tranquility and provide conditions for progress of our bilateral relationship.”

Mr. Wang, according to Beijing’s statement, called upon both sides to “improve the border control mechanism” as well as “advance the border negotiation process” to resolve the boundary dispute. He said “both sides must cherish the current hard-won situation, jointly consolidate existing results, maintain the momentum of consultation, improve the border control mechanism and advance the border negotiation process”, according to a readout of the call issued in Beijing.

Underlining how both sides have viewed differently the impact of the border crisis on the broader relationship, Mr. Wang said India had “vacillated and even moved backward over its policy on China, which has affected and disrupted bilateral pragmatic cooperation”. “Experience over the past few decades has repeatedly demonstrated that acts of highlighting differences will not help resolve the issue, but erode the foundation of mutual trust,” he said.

India, for its part, has made clear to China that it is not realistic to insulate the relationship from the boundary crisis, and emphasised that in its view, peace on the border is a prerequisite for the rest of the relationship to develop. China has hit out at India’s economic measures, such as banning Chinese apps and stricter curbs on investment, in the wake of last year’s tensions.

Mr. Wang called on both sides to “firmly follow the right path of mutual trust and cooperation between neighbouring major countries, and not go astray with suspicion and distrust nor fall back on a road of negative retrogression.”

“He noted that the two countries need to properly handle the border issue, so as to prevent the bilateral ties from trapping into a vicious cycle because of it,” the official Xinhua news agency said. “Border disputes are an objective reality and need to be attached adequate attention and taken seriously. However, the border issue is not the whole story of China-India relations, and should be placed in a proper position in their relationship.”

“China and India should also adhere to the general direction that the two major emerging economies work together to achieve development, and create more conditions to further improve bilateral ties and promote pragmatic cooperation,” he said, adding that “the rights and wrongs of last year’s situation in China-India border areas are very clear, and profound lessons should be drawn from the past.”

The two foreign ministers had met in Moscow in September and agreed that the situation in the border was “not in the interest of either side” and to continue dialogue and “quickly disengage”.

Working out the modalities of disengagement, however, proved to be complicated and took several months. Both sides broadly agreed on a plan to disengage at the ninth round of military-level talks in January, which began to be implemented earlier this month.

On Thursday, the Ministry of External Affairs said the completion of disengagement on the north bank and south bank of Pangong Lake last week was “a significant first step” towards resolving remaining issues with China along the LAC.