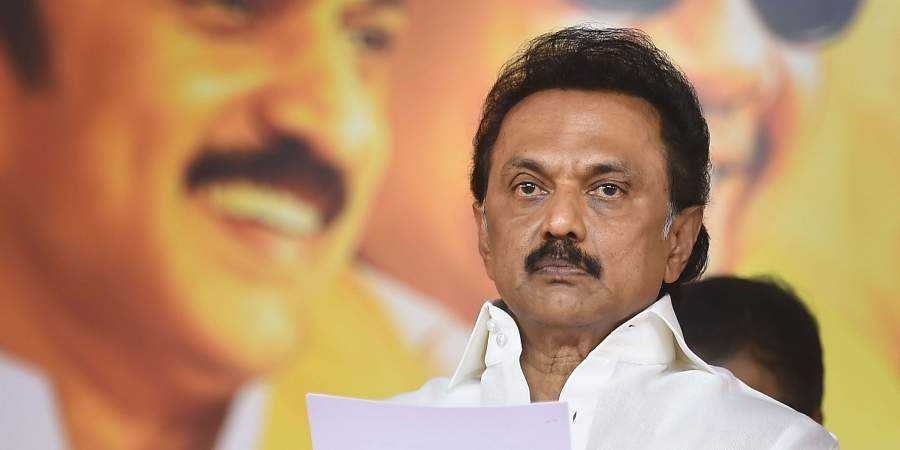 Tamil Nadu Election 2021: “Does PM Modi support corruption by holding the tainted hands of EPS and OPS,” he questioned, referring to the Chief Minister and his deputy.

Prime Minister Narendra Modi on Sunday held the hands of the ruling AIADMK’s two top leaders and raised them, in a politically significant gesture ahead of the approaching election in Tamil Nadu. All three, PM Modi, Chief Minister E Palaniswami and his deputy O Panneerselvam, stood on the stage with their linked hands held high.

“On one hand PM Modi talks about a corruption-free government and on the other hand, he holds the hands of two people accused of corruption,” Mr Stalin said in an interview to NDTV.

“Does PM Modi support corruption by holding the tainted hands of EPS and OPS,” he questioned, referring to the Chief Minister and his deputy.

“They are such tainted hands. When the Prime Minister holds such hands, it raises a doubt, whether he accepts and supports corruption.”

The DMK has accused the Chief Minister of a role in handing government contracts to his relatives, corruption in highway tenders, and illegal wealth. The Madras High Court had ordered a probe into the allegations but on a challenge by the AIADMK government, the order was put on hold by the Supreme Court.

Mr Panneerselvam or OPS has been accused of vast illegal wealth, some of it stashed overseas.

When it was pointed out that no court had indicted either of these leaders, Mr Stalin said: “The court has not found them innocent either. It is still wrong for the PM to support it.”

The BJP’s Narayanan Tirupathi, reacting to Mr Stalin’s criticism, said: “No case has been proved against EPS or OPS. Stalin should be proud that the PM is honouring two Tamil leaders and holding their hands.”

He added: “Stalin is jealous.”

With the Tamil Nadu election due by May, the DMK has aggressively hit the streets with a campaign that focuses on what it calls the AIADMK’s corruption in its two terms.

In 2016, the DMK failed to oust the AIADMK and its charismatic leader J Jayalalithaa stayed Chief Minister. However, the death of Jayalalithaa the same year left the party struggling with a leadership crisis and an ugly power tussle, with her close aide VK Sasikala taking the reins.

After Sasikala was jailed for corruption, EPS and OPS set aside their feud but the undercurrents remained. Sasikala’s recent release from jail has again stirred turmoil in the AIADMK.

The AIADMK did not do well in its first election after Jayalalithaa’s death; in the 2019 national polls, the DMK-Congress combine swept 39 seats and the AIADMK took one.

The DMK hopes to continue the streak in the coming state election.