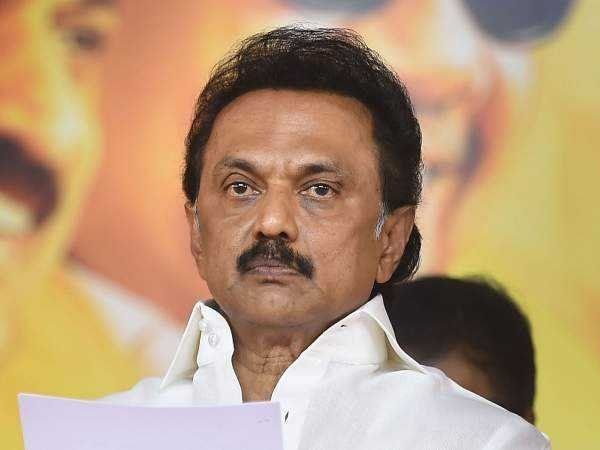 According to Stalin, the BJP is corrupting AIADMK for its own motives and he feels that AIADMK does not have any power to oppose the BJP.

Madurai: DMK president MK Stalin, while terming BJP an anti-Tamil party, said that the saffron party tried to conceal the facts on the 3000-year-old Keeladi civilization.

He also added that the party’s only motive was to win the votes of the Tamil people. Further adding about the temple history and facts, Stalin said that the archaeologist who revelled the important facts about Keeladi was transferred.

He further said that the next man who was sent by the ASI did not do the job satisfactorily and that the BJP forgot about Keeladi. Above that, Stalin said that the work was resumed at the site only after several protests and litigations.

According to Stalin, the BJP is corrupting AIADMK for its own motives and he feels that AIADMK does not have any power to oppose the BJP. It was also said the Chief Minister Edappadi K Palaniswami and Deputy Chief Minister O Panneerselvam have their own internal disputes going on and that the more important part for them is to prove their might to each other.

Ealier, DMK Supremo Stalin had also accused the Tamil Nadu Chief Minister of enacting drama ahead of the upcoming elections and had said that the AIADMK does not have the capability to put pressure on the BJP.

The comment came after the Tamil Nadu governor said that the President has the ‘appropriate competent authority’ to make a decision about the pardon plea of the convict in the Rajiv Gandhi assassination case.