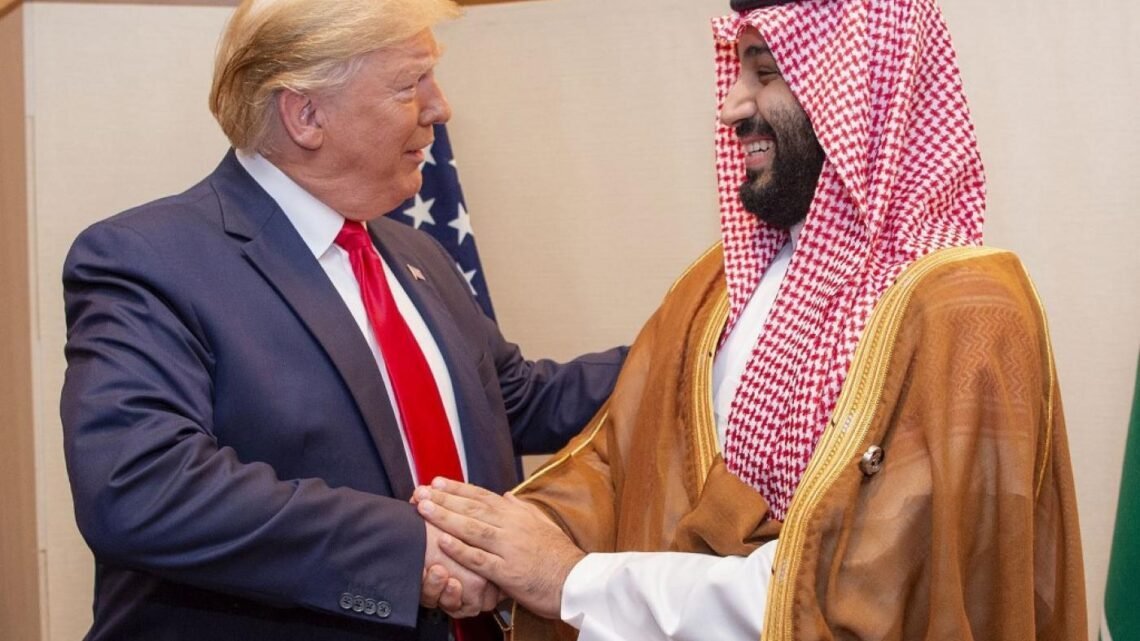 If Americans elect Biden next month, the country will struggle to correct not only Trump’s failings, but also more than half a century of misguided US policy in the Middle East No doubt Saudi Crown Prince Mohammed bin Salman listened to US presidential candidate Joe Biden’s statement on the second anniversary of the murder of journalist Jamal Khashoggi with apprehension.

Biden’s statement this month was a strong condemnation of the murder by Saudi operatives of Khashoggi, who had been a US resident since 2017. Biden promised to withdraw US support for the war in Yemen launched by Saudi Arabia in 2015, and noted: “Today, I join many brave Saudi women and men, activists, journalists, and the international community in mourning Khashoggi’s death and echoing his call for people everywhere to exercise their universal rights in freedom.”

Such a statement by someone who may become the master of the White House has surely sent shock waves through Riyadh.

In contrast, two years ago, US President Donald Trump uncritically adopted the Saudi narrative about the slain journalist as an “enemy of the state”. Trump shamelessly boasted about shielding the murderers, above all bin Salman, and protecting him from further denunciation by Congress. Trump sensed a major shift in public opinion, and above all in Congress, in favour of vigorous scrutiny of US authoritarian allies in the Middle East – above all, the Saudi regime.

Many Republican and Democratic congressmen condemned Saudi Arabia and its authoritarian ruler for committing crimes against their own citizens on foreign soil, and continuing a policy of zero tolerance towards activists and dissidents. Shielding bin Salman from further scrutiny and possible sanctions allowed the crown prince to enjoy two years of security and tranquility, which may not be readily available after 3 November, should Biden win the presidential election.

Yet, one must be cautious when anticipating great US policy shifts if a Democrat is elected to the White House. The previous record of Democratic leadership has been more in line with a long US tradition of supporting authoritarian proteges in the Middle East, above all in Saudi Arabia, despite being more likely to invoke US values and their contradiction with the realist policy of propping up the region’s dictators.

Barack Obama went further than any previous US president by withdrawing support for former Egyptian leader Hosni Mubarak, rather than openly and actively embracing the democratic forces that toppled him in 2011. By failing to unconditionally support a longterm US ally, Obama antagonised the Saudis, who interpreted his position on Egypt as abandoning a loyal partner.

The Saudis feared that the Arab uprisings would leave them exposed to serious political change, without the US superpower rushing to protect them against a dramatic fall. Saudi leaders knew they could not count on Obama to embrace them without demanding serious reforms. In a famous interview, Obama reminded Gulf leaders that their biggest problems were domestic and encouraged them to stop amplifying “external threats”, such as Iran’s regional influence, while silencing critical voices at home.

The Saudi leadership was further annoyed by a historic deal between the US, several European countries and Iran, facilitated by Oman. The Saudis realised how far a US Democratic president could go towards marginalising them, without openly denouncing their domestic and regional policies in the Middle East.

That didn’t sit well with Saudi autocrats, who have always aimed to paint a picture of a kingdom besieged by hostile regional powers, while enjoying the bliss of harmony and the support of its domestic constituency. Obama publicly debunked this Saudi myth and negotiated with Iran, Saudi Arabia’s archenemy for decades.

The Saudis felt a sense of betrayal, which Trump quickly abated when he fully endorsed bin Salman – or, more accurately, the crown prince’s promises to invest in the US economy and to seriously consider normalising relations with Israel, both high prices for US tolerance of bin Salman’s excesses at home and abroad.

Should Biden win the US election, bin Salman will be on alert. Any word uttered by the White House that falls short of endorsing the young prince and reminding Congress of the centrality of the “historical partnership” between the US and Saudi Arabia will automatically be interpreted in Riyadh as a hostile stand.

Yet the rambling discourses of the Democrats about US values is no longer convincing, if not accompanied by real policy changes. Withdrawing support from autocrats is not enough. The region and its activists expect more than passive support from a country that boasts about its democracy and civil rights. They expect real and concrete measures that undermine the longevity of authoritarian rule, if the region and the rest of the world are to enjoy political change, economic prosperity and social harmony.

The first step is to starve those autocrats of weapons used against their own people and their neighbours. Whether Democrats will reconsider the relentless US export of arms and training programmes to Saudi Arabia and its neighbours remains to be seen. At the least, Biden could make the export of weapons to Saudi Arabia conditional on meeting international standards on human rights, and on serious political changes to allow Saudis to be represented in a national assembly. The Saudi people could do the rest.

Frankly, the Middle East, and for that matter the rest of the world, have lost faith in the US. Americans have yet to calculate the costs of having elected Trump and the ensuing reputational damage. Should they bring a Democrat to power next month, they will struggle to correct not only the short history of Trump’s failings, but also more than half a century of misguided US policy in the Middle East.

From now until early November, bin Salman will no doubt have sleepless nights in anticipation of losing a good partner in Washington – one who allowed him to get away with murder.