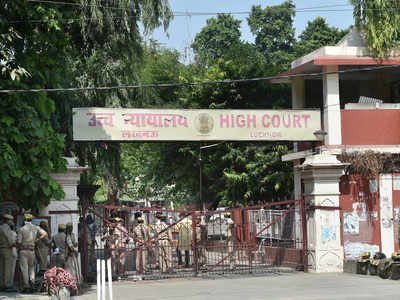 In Kerala the Muslim League, all ally of the Congress-led United Democratic Front, exhorted believers to maintain peace and amity.

Lawyers arrive to address the media after a verdict was pronounced by special CBI court in the 1992 Babri Mosque Demolition Case, in Lucknow on Wednesday.

Prominent Muslim and Left leaders from south India on Wednesday came down heavily on the verdict in Babri Masjid demolition case and asked the Muslim Personal Law Board and the CBI to appeal against the judgment that exonerated all the accused.

Describing it as a “black day” in the Indian judiciary, All India Majlis-e-Ittehadul Muslimeen (AIMIM) president and MP from Hyderabad Asaduddin Owaisi said this judgment was given only to satisfy Hindutva ideology. “Muslims of India have not got justice. I request the Personal Law Board to go in for an appeal against the judgment immediately,” he said.

The AIMIM chief asked the court to make it clear who had demolished Babri Masjid when everybody was innocent in the incident. “Wherever L K Advani’s Rath Yatra was taken out, there was violence and killing of innocents,” he pointed out. He wondered how the CBI court could say the demolition was not pre-planned.

In Kerala the Muslim League, all ally of the Congress-led United Democratic Front, was more guarded in their criticism and exhorted believers to maintain peace and amity.

“The verdict is a big letdown. It is unfortunate even after 28 years justice eludes the community. Some of the observations are really intriguing. It even says leaders tried to prevent the demolition. It gives an impression that a mosque never existed at the disputed site. We hope the probe agency will file an appeal against the verdict,” said Muslim League leader P K Kunhalikutty.

But Popular Front of India (PFI), a fundamentalist outfit, chairman O M A Salam has termed the verdict “a shameful act.” “It is another black day in the history of India. It seems a political verdict which is not based on facts and evidence,” he said.

Congress and Left leaders also criticised the judgment. “The whole world saw the destruction of the structure. How can you say there are no evidence?” asked former Chief Minister Oommen Chandy.

“The verdict is really shocking. After the destruction of the masjid, it is yet another attack on democracy. All democratic and secular forces will have to raise their voice against the decision that literally gives a clean chit to the accused,” said Democratic Youth Federation of India, CPI (M) youth wing president, Mohammad Riyaz.