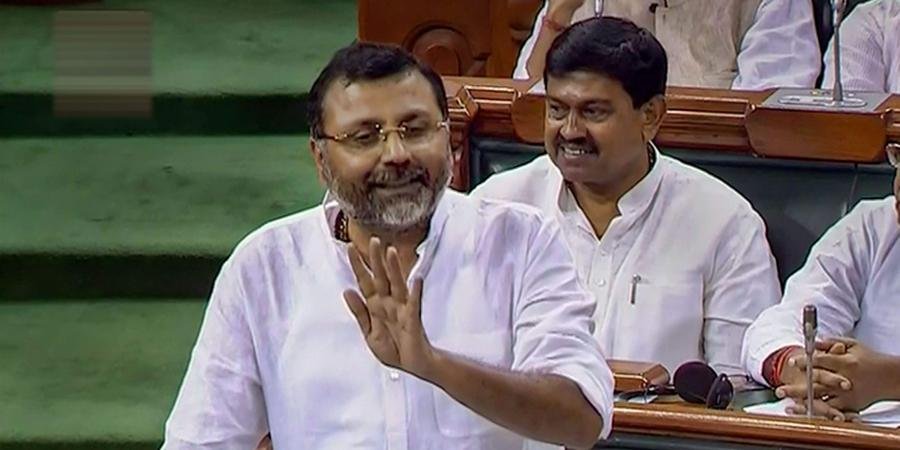 He pegged the estimated revenue loss in terms of premium at more than Rs 40,000 crore over a period of 50 years.

NEW DELHI: BJP MP Nishikant Dubey has written to Union Mines Minister Pralhad Joshi that the Jharkhand government’s decision to reserve iron ore mines in the state for ailing JSMDC will result in a considerable revenue loss of more than Rs 40,000 crore and alleged that the decision is against public interest and the National Mineral Policy.

Attacking the JMM-led government in the state, the BJP MP from Jharkhand said the state government will not get any revenue from the proposed move and the decision has sent out a wrong message to investors.

“The state government will be losing a considerable amount of revenue by reserving mines in favour of JSMDC. In the new regime of auctioning of natural resources, auctioning of these seven mines would have generated a good amount of revenue for the state government in terms of premium. JSMDC will not be paying any premium for mining iron ore,” Dubey said in the letter to Joshi.

Dubey further said the seven mines, if they were auctioned under the new regime and not reserved for JSMDC, could have got “a good amount of revenue to the state government in terms of premium”.

He pegged the estimated revenue loss in terms of premium at more than Rs 40,000 crore over a period of 50 years.

Alleging that the state government’s decision is against National Mineral Policy, Dubey said it is not a fair and equitable distribution of resources.

Citing the track record of JSMDC, the BJP MP claimed that more than 10 coal blocks were allocated to it by the Coal Ministry but not a single block was developed by it and many of them were surrendered.