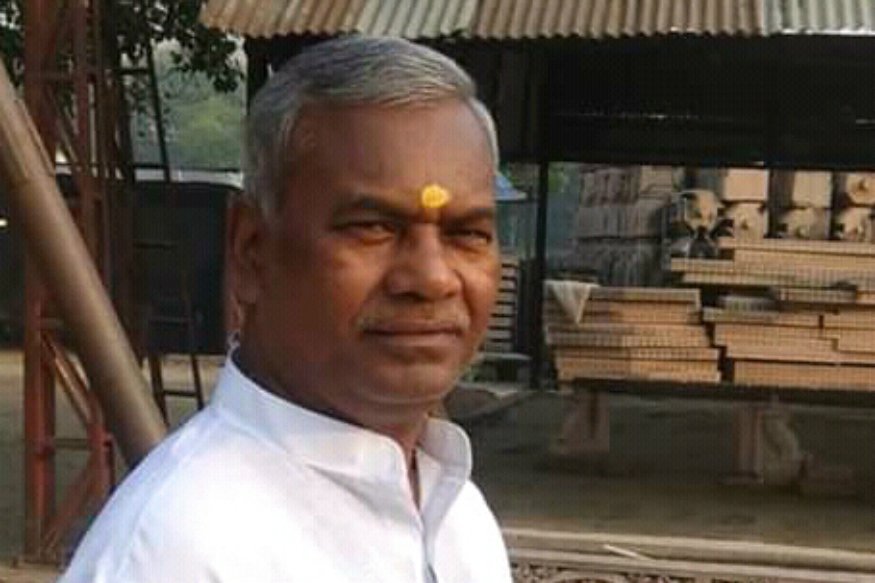 Once in Spotlight for Laying Foundation of Ram Temple, This Dalit Boy Has Now Been Nominated in Ayodhya Trust

Meghnath Oram had travelled to Ayodhya with small jattha of karsewaks from South Bihar’s Chota Nagpur division. Led by a Vishwa Hindu Parishad (VHP) functionary in Gaya region, the group had camped about a mile off the disputed site.

Oram since his arrival had shown signs of unrest. He had vowed to lay the foundation stone for a grand Ram temple at the site where Babri Masjid stood. Else, he would not return to his village.

To avoid any untoward incident, Kameshwar Chaupal, the VHP joint general secretary in-charge of tribal-dominated districts in Bihar, was asked to keep a close watch on Oram.

November 9, 1989 was the ‘auspicious’ day chosen by top Rashtriya Swayamsevak Sangh (RSS) and VHP leaders to performs shilanyas and lay the foundation for the ‘proposed grand temple’ at Ayodhya. It was to be the culmination of decade-long campaign led by the VHP and nurtured by the RSS.

Swami Chinmayananda, who would go on to become a minister in the Atal Bihari Vajpayee government, was the master of the ceremony. With Rajmata Vijayaraje Scindia, seers and saints in attendance, the puja began.

In a powerful political statement, from a bevy of gurus lined up for the event, the VHP had chosen a Dalit boy from Saharasa in Bihar to lay the foundation stone of the Ram temple in Ayodhya, and of the BJP in national politics.

Once Shilanyas was done, Kameshswar Chaupal left Ayodhya for his village in Bihar.

On his arrival, Chaupal was told Baldev Jha, head of a prosperous Brahmin family had sent a message and wished to see him. “We had lived under centuries of subjugation, and I was reluctant. But my father coaxed me to go and meet Baldev Babu,” Chaupal recalled speaking to News18 in December, 2017.

For a person who had never entered an Upper Caste household in his village, Chaupal was unsure of the reception he would receive. “To my shock, Baldev Babu held my hand, made me sit beside him and asked everyone in the family, young and old, to touch my feet. They had read about me in the newspapers,” he recalled.

Chaupal later contested 1991 Lok Sabha elections from Rosada on BJP ticket, but lost. Chaupal tried his luck for the second time in 1995 Assembly polls. Five years later, he was nominated to the Bihar Legislative Council, where he served for two terms.

Ahead of the 2014 general elections, JD(U) had broken its poll pact with the BJP. It asked him to contest from a general seat. Chaupal lost to Pappu Yadav’s wife and Congress candidate Ranjeet Ranjan.